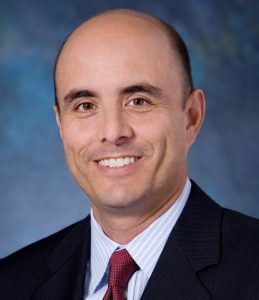 Jan. 23, 2018 – FORT LAUDERDALE, FL – Seafarers’ House is pleased to announce that Greg Purdy, senior vice president, marine operations for Royal Caribbean International, was named to its Board of Directors.

Purdy has been with Royal Caribbean since 2001, where he has held a number of positions. He was named to his most current role in 2015, where he is responsible for the safe operation of the fleet.

“Seafarers’ House is a critical member of the Port Everglades community. It is a safe haven for mariners who are far from home. Many of our crew members often visit Seafarers’ House when they are in port to use the free WiFi or take advantage of the other amenities they offer,” said Purdy. “I am deeply honored to have been asked to join the board and look forward to working with this worthy organization.”