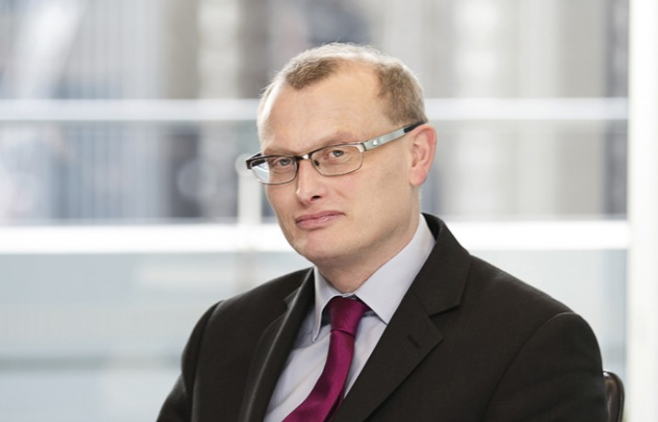 The Court of Appeal has decided that the meaning of the word “act” in clause 8(d) of the New York Produce Exchange Form Inter-Club Agreement 1996 (“ICA”), which apportions liability between owners and charterers for cargo claims, should be widely interpreted to include any act regardless of fault. The Lord Justices confirmed that the only necessary consideration when determining apportionment was the cause of the cargo claim. The primary issue in the case, on appeal from the High Court following an LMAA arbitration, was whether the word “act” in the phrase “act or neglect” means a culpable act in the sense of legal or moral fault, or whether it captures any act, whether culpable or not. The decision is important as, whilst it provides some welcome clarity in relation to the apportionment of liability for cargo claims, charterers should be aware when incorporating the ICA into time charterparties that they may be held 100 per cent liable for all loss and damage in circumstances where lawful and legitimate instructions are found to be causative of a cargo claim.

Clyde & Co acted for the time charterers of the “YANGTZE XING HUA”. The underlying cargo claim arose out of a time charter trip for the carriage of a consignment of soya bean meal from Brazil to Iran. The charterparty was dated 3 August 2012 and was on an amended New York Produce Exchange Form. The vessel arrived in Iran in December 2012 and, not having been paid for the cargo, the charterers ordered the vessel to wait off the discharge port for over 4 months. The cargo became damaged (held by the tribunal to have been caused by a combination of the inherent nature of the goods and the extended period spent at anchor). A claim was made by the Iranian receivers and was eventually settled by the owners of the vessel for a sum of over €2.5m. The owners, in reliance on clause 8(d) ICA, claimed the full sum from the charterers, together with unpaid hire, in the total amount of US$ 1,012,740. It was common ground that liability was to be settled in accordance with the ICA, which had been incorporated into the charterparty. It was also common ground that the relevant part of clause 8 was sub-paragraph (d).

The question of law

The ICA is a widely-used standard form agreement, with the aim of facilitating the settlement of cargo claims between P&I Clubs by providing a relatively simple mechanism for apportioning liability between the parties to time charterparties. The apportionment is carried out in accordance with the rules in clause 8, under which every claim is to be apportioned either 100% for owners or 100% for charterers or split 50:50. The key clause in the appeal was 8(d) which provides:

“(d) All other cargo claims whatsoever (including claims for delay to cargo):

unless there is clear and irrefutable evidence that the claim arose out of the act or neglect of the one or the other (including their servants or sub-contractors) in which case that party shall then bear 100% of the claim.”

Clause 8(d) is intended as a “sweep up” provision that only applies where the claim does not fall within any of the preceding sub-paragraphs (a), (b) or (c). The key question was whether the charterers’ decision to order the vessel to wait offshore constituted an “act” falling within clause 8(d) and, therefore, whether they were 100% liable to owners for the claim brought by the Iranian receivers.

The decision: an overview

The tribunal at first instance held that the word “act” in clause 8(d) was to be distinguished from something suggesting fault, breach or neglect. On appeal to the High Court the charterers argued before Mr Justice Teare that the phrase “act or neglect” must be read as a whole and that the coupling of “act” with “neglect” means that the two words have an equivalent or complementary meaning. Mr Justice Teare agreed that there were instances where “act” takes its colour from “neglect” but held that the meaning of “act or neglect” will depend on its context and must be construed having regard to the ICA as a whole. He found that sub-paragraphs (a), (b), and (c) of clause 8 required a wholly factual enquiry of which party’s “sphere of risk” the claims fell into and therefore rejected the charterers’ appeal and agreed with the tribunal that the word “act” can mean any act, whether culpable or not.

Before the Court of Appeal, charterers repeated the language and construction arguments and also argued that: (1) contrary to the judge’s findings, fault was a trigger for liability throughout the ICA (referring to “error or fault in navigation” in clause 8(a) and “failure properly to load, stow lash” in clause 8(b)) and so it was natural to construe sub-paragraphs (c) and (d) on the same basis; (2) the judge’s construction made the proviso to 8(d) into an indemnity against complying with charterers’ orders, leading in turn to an unacceptably wide liability on the part of charterers; and (3) the draftsmen of the ICA had used in previous editions the word “act” to mean a “culpable act” and there was no sensible reason for construing those words differently in the 1996 version. The owners submitted that if the charterers were correct then there would be no criterion by which the existence of such fault could be determined because the ICA was intended to cut across liabilities under the charter.

The three Lord Justices rejected the charterers’ arguments finding that the word “act” in the context of the ICA should be given its natural meaning, being something which is done. Following the reasoning of the tribunal and High Court, they clarified that “act” does not connote culpability. Lord Justice Hamblen stated that the critical factual question under clause 8 is that of causation and whether “…the claim “in fact” arise[s] out of the act, operation or state of affairs described? It does not depend upon legal or moral culpability, nor is there any stated or obvious criterion against which such culpability is judged.” The Lord Justices ultimately concluded, by looking at the context and background of the ICA, that clause 8 was not concerned with fault but was rather a simple mechanism for assigning liability for cargo claims by reference to the cause of the damage regardless of fault. It was held that this reasoning supports the fundamental purpose of the ICA which is to solve insurance problems.

Lord Justice Hamblen noted that in order for a party to bear the full cost of the claim under clause 8(d) it is necessary to have “clear and irrefutable evidence” that the claim arose out of the act. Failing this, the default 50/50 apportionment would apply. However, given that every cargo claim arises from the charterers’ actions in giving orders to load the contractual cargo, the Court of Appeal’s decision turns the proviso to 8(d) into an indemnity against the consequences of the owners following the charterers’ orders. It is, therefore, now much easier for the owners to prove that liability should be attributed 100% to the charterers.  Therefore when agreeing to incorporate the ICA in future, time charterers may wish to bear in mind this decision and the fact that the ICA is concerned with the underlying cause of the loss and damages complained of as the criterion for apportionment, and not culpability.