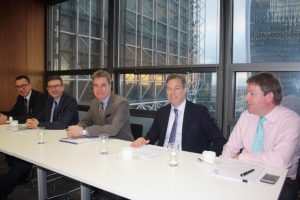 Marine insurers are grappling with hard-to-quantify factors in their attempts to devise the right cyber-risk clauses for clients.

Limited data on the frequency of attacks, severity of loss and probability of physical damage remains a challenge to underwriters.

The uncertainties are making it hard to render insurance fully fit for the digital age, but after an admittedly slow start underwriters are catching up.

At its 2018 winter meeting, on February 6 at Lloyd’s headquarters in London, heads of committees of the International Union of Marine Insurance agreed that “marine insurance is constantly exposed to new marine technology, and the process of digitalisation is continuing to impact the shipping and transport industry.” 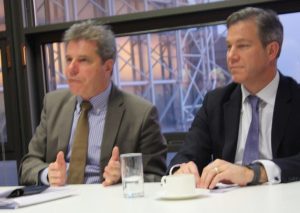 IUMI president Dieter Berg, who is a senior executive at Munich Re, said: “Tracking and monitoring the evolving IT developments entering the marine and transport industry is vital, and should support a better risk assessment as far as the insureds are concerned.”

Cyber risks and disruptive technologies such as blockchain and the Internet of Things, the shortening of the value chain in the insurance industry by artificial intelligence, and automated underwriting and claims management were creating new challenges, said Mr Berg.

Mr Denèfle said marine was quite late to address the cyber question, although some providers had been prepared to put up some clauses. A big concern was that there was no clear picture of what any losses could be.

Asked about current risks, the legal and liability committee chairman said that at this stage we had not seen physical damage to ships or cargo, although there was a serious attack in mid-2017 on Maersk, which took down IT systems. The Danish-based shipping group has said it expects what is known as the NotPetya ransomware attack to cost the company between $200m and $300m in lost revenue. 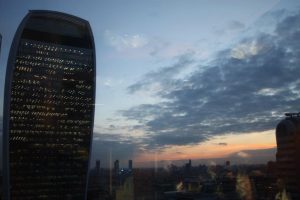 The malware infiltration (which took advantage of security vulnerabilities at the time in Windows) disrupted Maersk Line, APM Terminals and Damco which provides freight forwarding and supply chain management services, and although the line was able to take bookings a couple of days later, overall it took a week for things to get back to normal.

An IUMI sub-committee called the political forum, has been devoting much time to cyber concerns, and has declared support for industry guidelines on maritime cyber security practices and their implementation, for the work of the International Association of Classification Societies in its cyber systems panel and for a related industry working group.

The committee has said that stand-alone ransomware insurance products are now available in both the marine and non-marine insurance markets. Consequential damage to hull, cargo and third-party liabilities from a cyber-attack on board a vessel or mobile offshore unit posed a different and more costly risk, and “the limited data on the frequency, severity of loss or probability of physical damage, is a challenge to underwriters.”

The risks can be either malign or can be caused by lack of awareness or insufficient understanding of how systems interact with each other. “Both need to be dealt with, starting with top-level commitment and the proper implementation of risk assessment procedures,” the committee urges.

The US Coast Guard has sought penalties of up to $25,000 per cyber preparedness violation. A Data Protection Bill put forward by the UK government would hit firms with up to £17m fines if they failed to protect against cyber-attacks.

The IMO maritime safety committee encourages governments to ensure that cyber risks are addressed in safety management systems, while a second edition of industry group guidelines, published in July 2017, in focusing on distinctive issues on board ships included a new paragraph on insurance cover.

Mr McDonald insisted that underwriters had to be proactive rather than reactive towards rapidly developing technology, although he conceded that the insured cyber risk limits that many insurers were able to provide were quite small: “there is not the capacity out there.”

He added that “we should be innovating new products for things that are not currently insurable” and the industry should be embracing environmental factors and the improved efficiency of ships such as better design of propellers.

IUMI said that marine and transport insurers must be able to adapt their insurance contracts to new emerging risks and test the overall staff quality level and resilience of their business models. IT users along the whole transport chain would need to have the competency and knowledge to deal with any issue that might arise.

On the positive side, the fact that ships and cargo are now easier to trace and monitor thanks to enhanced IT was a good thing and will save time, be more cost effective and transparent to all parties concerned including marine insurers. 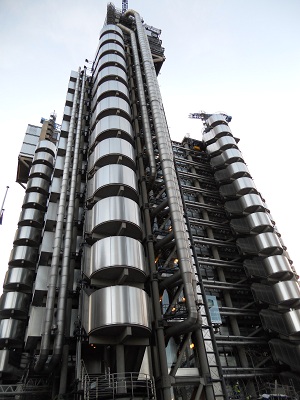 IT would also lead to a ‘greener’ approach in shipping logistics, as it increased efficiency in the supply chain, from itineraries to the delivery process. IUMI said: “Digitalisation should not be in itself a major problem to the industry.” Mr McDonald said the advent of blockchain could have the beneficial effect of reducing insurers’ expense base.

Mr Berg stressed that it was important to bring more young talent into insurance at a time when other businesses were vying to attract such people. “We have to invest in qualified professionals to cope with the rapidly changing environment.”

Asked about the prospect of autonomous ships, Mr Berg said that the regulatory environment was not where it should be.  His personal view was that we would have small crews rather than completely autonomous ships. It was up to the International Maritime Organization to come up with a regulatory regime.

IUMI is monitoring the IMO initiative known as e-Navigation, the analysis of information on board and ashore by electronic means to enhance berth-to-berth navigation and related services. IMO’s aim is to give the industry harmonised information so that it can design products and services to meet e-navigation solutions.

Mr Berg warned that insurers faced growing exposure aggregation on ships and in ports and terminals. The August 2015 Tianjin port explosions showed the impact of a catastrophic event; and there was a continuing industry drive for megaships, with ultra large containerships at 20,000 teu, car carriers with 8,000 vehicles and ships with up to 6,000 passengers.

Mr Berg said that the wider insurance industry suffered significant losses in 2017 with hurricanes Harvey, Irma and Maria costing a total estimated at between $75bn and $100bn, or potentially more; and wildfires in California cost between $10bn and $20bn. It is still unknown to what extent this impacted property and marine losses, in particular yacht, hull, cargo, ports and terminals, wineries and vineyards.

The IUMI president said that during renewals there were signs that the soft market had come to an end, “but 2018 will be more telling.” The offshore energy market had seen a moderate rate increase, with a significant rise in the Gulf of Mexico windstorm market expected in 2018 because of risk model changes.

Trade volume globally was expected to increase, which was good for the marine sector, but downside risks were geopolitical factors, problems in the Eurozone including the impending exit of the UK from the European Union, and US protectionist trade policies.

Facts and figures committee chairman Mr Harrell said that vessel earnings in the freight market in 2017 had risen by 14 % according to the ClarkSea Index. Seaborne trade rose 4.1% to 11.6bn tonnes, the fastest growth since 2012, with Asia/Pacific on a strong trend.  The world fleet had risen to 1.3bn gross tons.

Mr Berg  drew attention to IUMI’s first Asia Forum which will be in Singapore in April 2018, and the organisation’s first global conference in Africa, in Cape Town in September 2018.

The latter will be hosted by the South African Insurance Association and its marine division, the Association of Marine Underwriters of South Africa, at the Cape Town International Convention Centre from September 16-19.

The conference theme has been designated “managing emerging risk and exposure – think the unthinkable.”