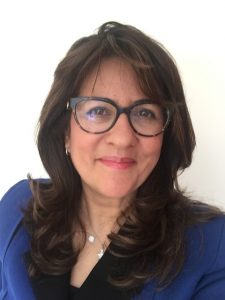 The idea of having an autonomous or an unmanned 105 teu vessel crossing the oceans had hardly been met with belief and acceptance by the various segments of the shipping industry, when these actors came to realise that the development of MASS (Maritime Autonomous Surface Ships) had already moved at a very significant pace.

The Scandinavian companies Kongsberg Maritime and Yara, a fertilizer manufacturer, took the forefront of this technological breakthrough, announcing their partnership to development of the fully autonomous vessel — the YARA Birkeland — expected to be launched in 2019 and operate between the ports of Brevik and Larvik, initially manned with a crew. [1]

Collision avoidance systems are core to this technology and can potentially be integrated with existing systems on conventional ships. (ib.)

Kongsberg has also signed a contract with Bourbon, a leading marine offshore services company. Bourbon has entered into a Memorandum of Understanding (MOU) with Automated Ships Ltd to support the building of the world’s first autonomous, fully-automated and cost-efficient prototype vessel for offshore operations, in collaboration with the project’s primary technology partner, Kongsberg, for the development of Hrönn, “a light-duty, offshore utility ship servicing the offshore energy, hydrographic & scientific and offshore fish-farming industries” [2].

In view of the need to conduct similar tests as part of the development of similar vessels, the Norwegian government has decided to build a test-bed in Horten, which was launched on the 6 December 2017 [4].  Situated adjacent to Kongsberg’s Maritime Horten facility, the new test area is the fourth in the world of its kind and the third in Norway.

Sooner rather than later, the obvious need for reaction from regulating bodies in each sphere of competence became urgent and the Maritime Safety Committee (MSC) of the International Maritime Organisation (IMO) set itself the task to conduct a scoping exercise to identify IMO regulations that as currently drafted, may preclude autonomous or unmanned operations or that would be of no application to autonomous shipping. [5]

This would be the first step into the checking on a wide range of issues, including the human element, safety, security, interaction with ports, pilotage, responses to incidents and protection of the marine environment (ib.).

In the wake of all these developments, the Danish Maritime Authority (DMA) published a report recommending changes to the IMO regulations and calling for adopting the International Regulations for Preventing Collisions at Sea 1972 (COLREG)’s framework for adequate provision for electronic means for the look out of board functions, making navigational decisions remotely and defining the qualifications of an off-vessel “crew” in charge of controlling ships from onshore. [6]

Alert to the key concerns addressed by various segments of the shipping industry, including the need to regulate the typical situation seen in shipping in which a MASS may be called upon to make their own real time decisions between different outcomes in an emergency, the DMA suggested that particular attention be given to the following aspects in the development of fully autonomous vessels:

There are various other concerns, for example, the potential (slow) speed of response in cases of environmental disasters involving MAAS, given that without a crew, disaster-containing teams of the relevant ship may be hundreds of miles away and similar issues.

The MASRWG launched in November 2017, its Voluntary Code of Practice (the “Code”), providing for MAAS basic standards and best practices.

It applies to the design, build, manufacture, ownership, operation and control of MAAS of less than 24 metres in length and regulates remote manning and the training and qualifications required from MAAS operations.

A framework body of rules, the Code aims to provide “practical guidance for the design, construction and safe operation of autonomous and semi-autonomous vessels under 24 metres while the more detailed framework for MASS is developed”. It addresses requirements contained in COLREGs, SOLAS and MARPOL and sets out initial standards and best practices for those involved with the development and operation of autonomous systems, the need to comply with these bodies of legislation, while already setting out basic definitions (for example, the definition of a “Master”) and new classes of MAAS: the ultralight (less than 7 metres); light (7 to 12 metres); small (12 – 24 metres); large (24 metres and above); and high speed.

The Code is expected to be updated as the IMO Regulatory Scoping Exercise evolves.

The International Group of P&I Clubs has also formed a working group of MASS, focussing on the new risks that these unmanned (or partially manned) vessels may present to the shipping industry.[7]

Following the steps of these and other related developments[8], the UK Ship Register has taken the pole-position and signed the UK flag to the its first unmanned vessel — the “C Worker 7” — built to be used for subsea positioning, surveying and environmental monitoring [9].  The vessel is to function under the direct control of an operator, semi-manned or completely unmanned.

The large companies leading the MASS developments and intended related operation projects have cited a series of potential benefits arising out of the autonomous and unmanned vessels[10]: zero emissions, potential of reduction in risks of incidents at sea such as injury or loss of life, normally arising out of human error, efficiency improvement and productivity, fuel cost savings, crew savings through more efficient use of their skills and even crew space-saving advantages that could allow to free up more space for cargo in place of accommodation and crew support systems.

The Shipowners’ Club has recently summarised the concern of most players in the industry (8), in relation to the application of the UN Convention of Law of the Sea, 1988 (UNCLOS), the International Convention for Safety of Life at Sea (SOLAS) and COLREGS, particularly the Rule 2 on the obligation of every vessel to maintain a proper look out, given the obvious impossibility of autonomous, unmanned vessels to comply to these rules without a Master or a crew.  The question that naturally emerges is whether the regular equipment or structure such as an onshore operation centre or an unmanned vessel fitted with cameras encompassed by the potential operation of an autonomous vessel would be acceptable, under these rules, as “proper look out” and if so, in the same circumstances, would an autonomous vessel sailing pre-programmed routes still be deemed to be compliant?

Would a collision between these types of vessels and solely attributed to a software malfunction give rise to the manufacturer being found solely liable and would this incident be covered by their product liability insurance?

In the case of contracts of carriage, the existing obligation of owners of, say, seaworthiness would still apply and so would probably be the case of the port warranties from charterers.

Would a potentially equivalent technological capacity comprised of new hardware on board, adequate software and cyber-risk arrangement be the potential substitutes and constitute an obligation of owner?

In relation to seaworthiness, what would be the extent of the measures that he would have to fund in ensuring the implementation of a protocol setting out rules of operation and providing adequate staff training?

In terms of safe port warranty from charterers, the concept of ‘safety’ might be different for an unmanned vessel.  However, if hardware and software and potential additional equipment become necessary to ensure the relevant compliance, the natural consequence will be of certain ports starting to be deemed unsafe if no such hardware and software are in place of the respective port staff is not adequately trained.  What would be the impact on all actors affected?

A myriad of legal issues requires the existing rules be adapted to unmanned and autonomous vessel operations in such a way as to preserve their legal essence (for example: the Master, the crew and the proper look out provisions), a task that seems eventually possible to achieve in certain cases. Other rules, however,  as in the case of the safe port rules, seem to suggest that even if adapted, they will be of difficult implementation, particularly in distant ports outside of Europe (for example, in Latin America) or even in certain main Asian traditional shipping areas.

[8] Japan and China have also been taking concrete steps towards developing MAAS and Australia is working on a MAAS incentives scheme.