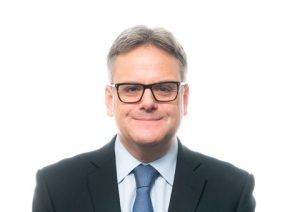 Following the recent completion of the 2018 renewal, the London P&I Club saw an encouraging 2.5m gt, or 5.8% year-on-year increase in its mutual business, to 45.4m gt.

The club’s underwriting director, Reto Toggwiler, says, “While the renewal period generally saw rates come under pressure, it is also the case that, in 2017/18, we saw a notable reduction in the impact on income of mid-year churn.

“This renewal again underlined the high level of commitment to the club by its members. There were some extensive and at times challenging negotiations over rates and terms, especially in a relatively small number of cases where the loss records required particular attention. But, overall, in addition to organic growth, it was pleasing to see the addition of a number of new fleet entries to the club’s mutual membership. At the same time there has also been good progress in the club’s fixed-income business, on which we will be reporting a little later in the year.”

*The London P&I Club is one of the world’s leading mutual marine liability insurers. It is a prominent member of the International Group of P&I Clubs, playing a key role in co-ordinating and promoting the collective strength of the P&I industry on behalf of the global shipowning community. www.londonpandi.com