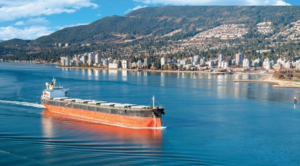 Regular recipients of our email updates may recall that this case is about whether a carrier of bulk cargo can limit its liability for a cargo damage claim under Article IV Rule 5 of the Hague Rules, and, in particular, what is the meaning of “unit” in this provision. This is a question that has never previously been answered in English law. Written by  Jai Sharma and Ian Woods

We represent the claimant cargo interests and their subrogated underwriters (“the Cargo Interests”) in the dispute.  At first instance, the High Court held that the carrier could not limit its liability for damage to a bulk liquid cargo.  The carrier appealed this decision.

On 22 February 2018, the Court of Appeal dismissed the carrier’s appeal and upheld the High Court’s judgment that the Hague Rules “package or unit” limitation provision in Article IV Rule 5 does not apply to bulk cargo.  In any event the Court held there was no applicable “unit”.

If the carrier had succeeded, then the outcome could have significantly limited recoveries for many bulk cargo cases.  This is a positive decision for the cargo market.

Further detail on the facts of the dispute and the High Court judgment can be found here and below.

In brief, the claim arises from damage to a cargo of fish oil carried on board the m/v “AQASIA” from Iceland to Norway.  The carrier, as disponent owner, chartered the Vessel to the Cargo Interests by way of a charterparty evidenced by a Fixing Note dated 23 August 2013.  The Fixing Note allowed the Parties to rely on the like privileges, rights and immunities that are contained in sections 2 and 5 of COGSA 1924.  These sections contain the Hague Rules.  Article IV Rule 5 of the Hague Rules provides as follows:

“Neither the carrier nor the ship shall in any event be or become liable for any loss or damage to or in connection with goods in an amount exceeding [£100] per package or unit, or the equivalent of that sum in other currency, unless the nature and value of such goods have been declared by the shipper before shipment and inserted in the bill of lading.”

The cargo was described in the charterparty as “2,000 tons cargo of fish oil in bulk, 5% mol chopt” and freight was described as a lump sum of NOK817,500.

The Vessel sailed to Norway where a further cargo of fish oil was loaded and co-mingled with the Subject Cargo.  On arrival at the discharge port(s), it was discovered that 547,309 kgs of the Subject Cargo was contaminated.  The Cargo Interests claimed damages from the carrier for loss of and/or damage to the Subject Cargo in the sum of USD367,836.

The carrier accepted liability for the damage but argued that they were entitled to limit its liability under Article IV Rule 5 of the Hague Rules to £100 per “unit”, the relevant “unit” being a metric ton of cargo damaged.  If correct, the carrier’s liability would be limited to £54,730.90.  The Cargo Interests contended that the word “unit” was intended to mean a physical unpackaged item of cargo and not a unit of measurement so that limitation could not apply to a bulk cargo.

The Parties agreed to submit this issue to the High Court to be determined as a preliminary issue.  In the High Court, the Judge held that the carrier was not entitled to limit its liability for a bulk cargo, as the term “unit” in Article IV Rule 5 of the Hague Rules meant an unpackaged physical item (such as a car or a boiler) and not a “unit of measurement”, such as a metric ton or kilogramme.

Before the Court of Appeal, the carrier argued (1) that the Judge had failed to give effect to the intention of the Parties that the “package and unit” limitation, expressly incorporated into the contract of carriage, should apply in respect of the cargo envisaged in the contract, i.e. liquid fish oil; and, (2) that the Judge was wrong to conclude that the limitation of liability provision in the Hague Rules (applicable as an International Convention and not just a contractual term) does not apply to a cargo carried in bulk.

It was also noted that, at the time that the Hague Rules were adopted in the 1920s, the price of bulk cargo was much below the value of £100 per metric tonne.  The limitation provisions therefore would not have been relevant to bulk cargo.  In circumstances where Article IX of the Hague Rules, the “gold value clause”, is excluded from the contractual incorporation of the Hague Rules (it was excluded in this dispute), limitation is £100, at today’s value, per “package or unit”.  Today, the price of commodities often exceeds £100 per metric ton and the effect of inflation has led to limitation arguments being raised by carriers of bulk cargoes.  The Court of Appeal agreed with the first instance Judge’s comment that, if on its true construction, Article IV Rule 5 did not apply (and was not meant to apply) to bulk cargo, it was not acceptable to strain the language of the provision to make it apply to bulk cargo today.

The Court of Appeal found support for this interpretation in the Travaux Préparatoires which covered the negotiations that led up to the final text of the Hague Rules.  It was found that reference to limitation by weight/volume or by freight was removed from the draft provision.  The addition of the word “unit” was a late addition to cover items shipped as single units and not packaged in any way, such as cars or boilers.  The term was not intended to reintroduce weight or volume limitation, which had been abandoned by that stage in the negotiations.  Further discussions were found by the Court of Appeal to highlight that the package or unit limitation provision was never intended to apply to bulk cargo.

The carrier argued that US COGSA 1936, which limits liability by reference to “per package or per customary freight unit”, clarifies the limitation provision in the Hague Rules.  The Court of Appeal favoured the view that the addition of the words “per customary freight unit” was an amendment of the wording of the Hague Rules so as to change its application. Therefore, US COGSA 1936 did not support the carrier’s interpretation of the word “unit”. The new language in the Hague-Visby Rules was also held to be irrelevant.

There is no English authority directly on this issue in the context of the Hague Rules prior to the decision of the High Court.  Any comments in the case law were strictly obiter (i.e. not binding) but they appeared to favour the construction that “unit” refers to an individual piece or pieces of cargo only and not to unit of measurement of freight unit.

The Court of Appeal further held that the interpretation of the word “unit” as a physical unpackaged item is accepted by courts in other common law jurisdictions and this interpretation is favoured by the majority of academic commentators and textbooks.

Despite the carrier’s attempts to persuade the Court that it is commonly accepted in the shipping market that the package and unit limitation of the Hague Rules applies to bulk cargo, the Court of Appeal has not left any doubt in finding that the clear meaning of “unit” is a physical unpackaged item of cargo and not a unit of measurement or a freight unit.  Accordingly, Article IV Rule 5 of the Hague Rules does not apply to bulk cargo.

In any event, the Court of Appeal also found that even if “unit” could be held to be a unit of measurement or freight unit, there was no identifiable measurement or freight unit on the facts.    This decision appears to be consistent with what we believe is a widely held view, that a carrier cannot limit its liability under the Hague Rules for loss and/or damage to cargo carried in bulk.