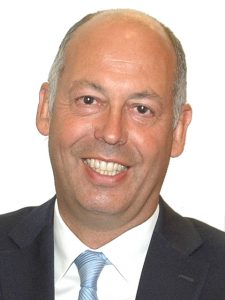 HAMBURG/KIEL HSH Nordbank is increasingly backing the growth sectors of broadband,
energy contracting and storage in the European infrastructure market – and its efforts have met with success: “In these parts, the competition on this highly attractive market is mainly international. But I see us as the leading domestic name,” said Dr. Marcus Kleiner, Head of Infrastructure & Rail at HSH Nordbank. Right at the start of this year the Bank assisted its client Deutsche Glasfaser with a total credit facility of € 150 million as part of its refinancing and expansion of its investments. The Bank is able to act and deliver quickly because it has built up expertise of many years’ standing in this segment. Last year, another loan provided by HSH Nordbank helped more than 100,000 households in greater Berlin to connect to the German fiber-optic network.

HSH Nordbank is also one of the first European names to be regularly sought after when it comes to financing transactions in the railway sector. “Investors, mostly global players not limited to Europe, talk to us about their investment plans right from the start,” said Kleiner. The Bank boasts a recognised high level of consulting expertise and a very good reputation in financing.

For example, last year HSH Nordbank took part in the acquisition finance for Beacon Rail, a leading rolling stock leasing company in Europe, as mandated lead arranger with € 87 million. Last year the Infrastructure & Rail team closed a total of 16 transactions with a new business volume of € 640 million and expects similarly encouraging business performance in 2018. The existing loan portfolio is worth just under € two billion spread across some 40 projects. Around 42 transactions with a volume of approx. € 2.5 billion are currently in the pipeline. The experienced team with international strength employs around 20 colleagues including
the back office.

“Infrastructure is an attractive asset class,” said Kleiner. This market has become increasingly interesting to institutional investors. In recent years, they have invested around € 200 billion both on the equity side and in lending. Kleiner sees challenges in the fact that competition both among banks and from institutional investors continues to intensify. “For example, in recent years major insurers have discovered infrastructure as an attractive market in the low interest-rate setting and built up their own teams,” said Kleiner. HSH prepared for
the changes in the market early on and positioned itself accordingly in order to continue expanding new business in the broadband and rail sectors. Kleiner: “Moreover, we focus on clients and projects in the roads, ports, airports and pipelines sectors and on the financing of data centres, multi-storey car parks and waste incineration plants.”