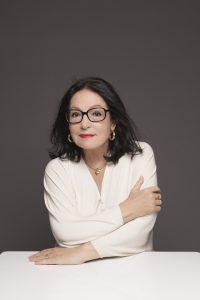 One of the most successful female artists of all time, the legendary chanson singer NANA MOUSKOURI, known for hits such as ‘The White Rose of Athens’ and ‘Only Love’ will be returning to London for one special show at the London Royal Festival Hall, on 17 October 2018.

Nana will perform a selection of her greatest hits from her multi-lingual repertoire, as well as tracks from her recently released 134th record: ‘Forever Young’, which features cover versions of songs she describes as ‘the soundtrack of her life’, with songs by artists including Bob Dylan, Leonard Cohen, Paul McCartney & John Lennon, and Udo Lindberg.

Presale from 21st March on the link below, before the general on sale on 23rd March.

Giant Container Ship docks in the Port of Hamburg