VIKING sees a slight improvement in cargo and offshore 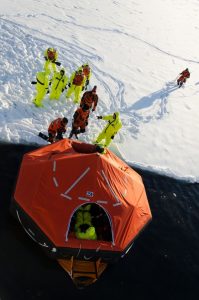 For the second consecutive year, revenue and earnings remained stagnant for 2017 at VIKING Life-Saving Equipment A/S. Two of the largest customer segments, the cargo ship market and offshore industry, remain in turmoil and continue to impact the top and bottom lines. Signs of a slight improvement in the economy are encouraging, as well as VIKING’s gain in market share.

“We find ourselves in a market with extremely complex demands that vary significantly between segments – a market driven by a multitude of factors, including technology, growth in the global economy, trade policy, geopolitical stabilty, among others. Overall, however, I believe we will benefit in the coming period from growth in the global economy. The backlog of deferred investments in many sectors will also be to Viking’s advantage over the next few years,” says CEO Henrik Uhd Christensen.

Service revenue surpasses milestone
Underlying developments reveal shifts between the individual areas of business, with declining sales to the newbuild and offshore markets, while the agreement market – multi-year service agreements with shipowners and owners of offshore installations – continues to meet the high expectations, surpassing revenue of DKK 1 billion for the first time in 2017. Meanwhile, the important market for passenger ships also continues to show strong growth. 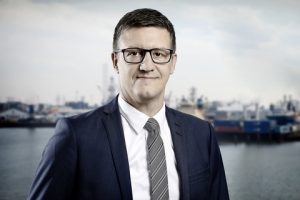 “The consequences of the financial crisis nearly 10 years ago have been more prolonged than we expected. But the maritime market as a whole is improving, and the customer group that will drive the market in the coming years – the shipowners – are eyeing brighter times ahead. This will have short term impacts on operations, in the form of reactivation of existing fleets, followed by increased newbuild activity. But as with offshore, growth in newbuilds is expected to be low, and the population of ships already in operation will be our primary focus,” says Henrik Uhd Christensen. 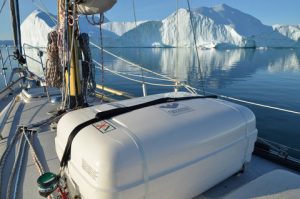 “One example is our sales of fire suits, where we’ve developed innovative solutions adapted to the functional and design needs of the individual countries and achieved growth for a several years running. We’re also seeing growth in leisure yachts, driven by the general upswing in the global economy.  Our sales to defense customers in a number of countries are impacted by the geopolitical uncertainty that abounds in many parts of the world. So, we’re seeing a growing demand in the Defense segment because of the serious state of affairs,” says Henrik Uhd Christensen.

In recent years, VIKING has made significant investments in market development, establishing a presence in new markets, particularly in Asia. This development continued in 2017 with the company establishing operations in Malaysia. The global network is a growth engine for VIKING, comprising 36 foreign subsidiaries with 72 locations and 261 authorized servicing stations. 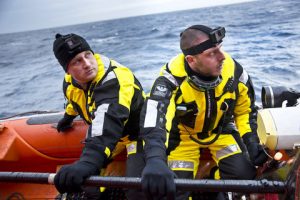 Solvency ratio at a record high
A number of important key figures have improved or remained at a high level. This includes EBITDA margin, cash flow and solvency ratio, which in combination with the dividend policy has reached a record level of 62.4%. VIKING is thus financially equipped to pursue the anticipated growth within the maritime industry in the coming years.