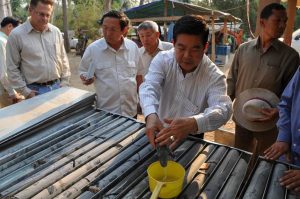 Minister of mines with core samples.

Gold that embellished the famed temple complex of Angkor Wat, one of the world’s top tourist attractions, is thought to have been excavated from eastern Cambodia, close to the borders with Laos and Vietnam.

This time the targets are polymetallic: copper and gold with other metals. 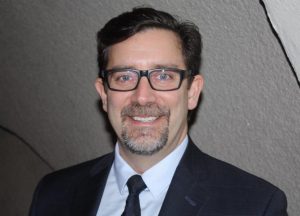 Angkor Gold Corp, led by Stephen Burega, chief executive, is listed on the TSX-Venture Exchange (ANK-TSX-V) and has built a strong portfolio of properties. With chosen partners, it is advancing its main prospects aiming for sustainable, recurring revenue streams.

The first publicly-traded North American exploration company in Cambodia, Angkor Gold capitalises on key advantages. It has a land package of 983 km (which is substantial, considering the size of Cambodia at only 181,000 sq km); and a strong Canadian management team heading a workforce comprising 80% Cambodian citizens – employees who are considered well paid in comparison with jobs elsewhere in the country. The company has built on its first-mover advantage by way of strong relationships with government and local communities.

The company operates at some distance from its near-namesake Angkor Wat (which means the capital city of temples) but identifies strongly with its host country in the southwest of the Indochina peninsula. 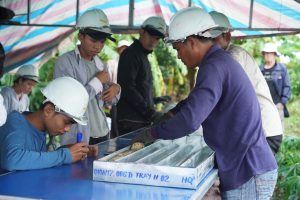 It is bringing focused, systematic mining techniques to a land that has a long history of small-scale, artisanal mining.

Mr Stephen Burega, Angkor’s chief executive, has been taking the company’s story to investors in New York and London. It is looking to widen its shareholder base: management and insiders currently hold 30% of the shares, alongside other loyal shareholders, including a group of oil industry investors in Alberta.

He detailed to investors at a briefing in London how the company has since 2012 struck 10 deals worth in total more than $19.5m.  Funding from partners and capital raises has included a $3m option and exploration funding agreement with Japan Oil, Gas and Metals National Corporation (Jogmec); a $2.2m earn-in agreement with Australian group Renaissance/Emerald Resources; and a $1.8m sale and free carry net smelter return with Mesco Gold (India). Angkor Gold has $500,000 in the bank available to supplement the substantial exploration funding commitments of its partners. 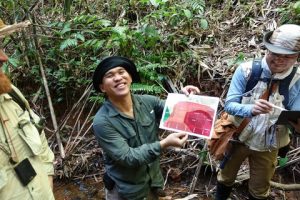 On the map: Angkor Gold.

This could lift its market capitalisation above the current modest $21.1m.

The Kingdom of Cambodia has a large agricultural sector but is beginning to attract foreign investment in industry. Angkor Gold has been working in what it describes as a stable and mining-friendly country since 2009. “In that time, we have seen the Cambodian government implement and upgrade infrastructure and undertake improvements that attract industry,” said Mr Burega.

“These undertakings include upgrades to highway conditions (the Chinese are building a large highway down the middle of the country), access to hydro power from Vietnam, and adoption of anti-corruption laws in 2010, all making Cambodia very mineable and appealing for developing natural resource projects of all types,” said Mr Burega, whose background includes mining and oil sector ventures in Africa. 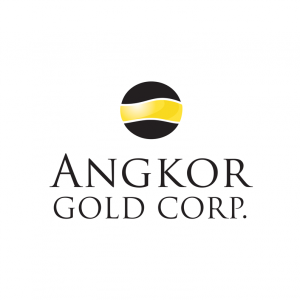 A veteran of power generation and petroleum-related businesses and of negotiating with governments over natural resource concessions, company founder Mike Weeks is executive chairman.  He has welcomed on site visits Hun Sen, long-standing prime minister of Cambodia, minister of mines and energy Suy Sem, and officials of the mines and energy ministry.

Mr Burega says that Cambodia, which has one of the youngest populations on the planet, has changed tremendously in the last 10 years. The government is growth orientated, overseeing annual growth in gross domestic product of 7%. Capital dollars are said to be flowing into the country faster than anywhere else in the region. In mining, it is under-explored and highly prospective, and there is no foreign ownership restriction. In all, it is a low-cost operating environment.

Mining governance is based on admired Western Australian regulations, and there is an attractive fiscal regime of 30% tax and 3% royalty on precious metals.

The geology in Angkor Gold’s land package, which is 100% owned with licences renewed in 2017, is like that of northern British Columbia. At Oyadao South, previously unknown large copper porphyry “plumbing” has been identified during a $1m exploration drive in 2017. “Before we arrived, we were told [such a formation] was not in place.  We have proved those people wrong,” said Mr Burega. A $1m drill and exploration phase two programme is under way. By September 2018, the company expects to have enough data to decide whether that individual licence area is “go or no-go.” 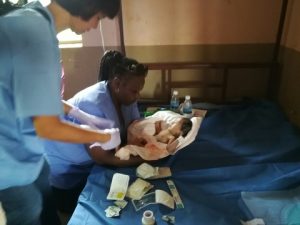 The partner for Oyadao South, Jogmec, was established in February 2004, following the integration of the Japan National Oil Corporation with Metal Mining Agency of Japan. It is an independent administrative agency under the Japanese ministry of economy, trade and industry. The $10bn-plus corporation collaborates with government agencies and companies globally with a view to securing stable supplies of natural resources for Japan.

Australian-based gold company Emerald Resources/Renaissance, which is co-operating at Khoan Neak, owns a nearby gold project. It is investing $2m in exploration and development and paying $200,000 in cash to Angkor Gold over a two-year period to acquire a 51% participating interest in the licence; and has the right to acquire an additional 29% participating interest on completion of a definitive feasibility study. 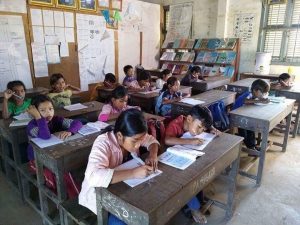 Mesco Gold (Cambodia), a subsidiary of the $4bn Indian steelmaker Mesco Steel, purchased the Phum Syarung prospect, in which Angkor Gold has retained a sliding scale net smelter return from 2% to 7.5% based on the price of gold. A production facility is on order, and meanwhile Mesco is stockpiling ore.

On the Okalla East sector of Angkor Gold’s Banlung property, studies are being undertaken of a system of high sulphidation epithermal mineralisation, a phenomenon common to many high-grade gold deposits in the world.

Among its social projects, Angkor Gold has used a vacant lot in the city of Banlung to demonstrate alternative, productive and low-cost practices to local farmers. The gardens include alternate cash crops.  “Not only does this provide nutritious food for our staff, it also illustrates to farmers simple methods to multiply their small incomes many times over on a tiny piece of land,” says Delayne Weeks, Angkor Gold vice-president for corporate social responsibility.  Another initiative has been providing a school for 240 students to learn English, computer training, GPS mapping and other skills. The company is co-operating with non-governmental organisations to combat illicit drug trafficking (there are said to be as many as 3,000 NGOs active in Cambodia). 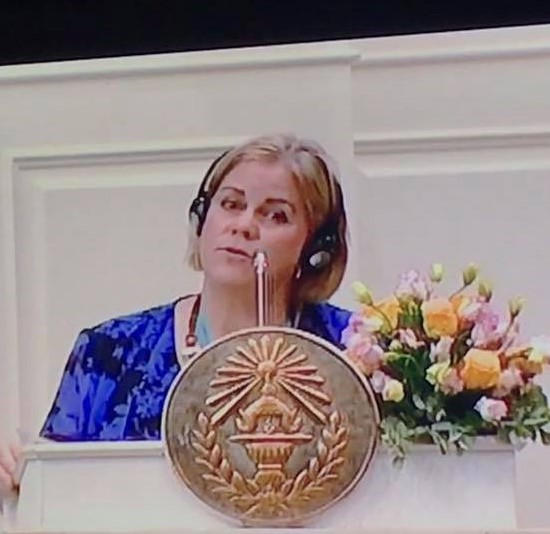 Improvements in the mining industry have seen the establishment of the Cambodian Association for Mining and Exploration Companies, of which Angkor Gold is a member. The organisation is recognised by the Cambodian government and promotes responsible and sustainable mining.

As to Angkor Wat, it has become so popular with tourists, 10,000 of whom visit each day, that the government is aiming to moderate the flow. Built in stone by the Khmer king Suryavarman II in the early 12th century on 400 sq km as a miniature replica of the universe, Angkor Wat is the largest religious complex in the world. It was constructed as a Hindu temple to Vishnu, gradually transforming into a Buddhist place of worship, and at its peak was possibly the largest city on any continent.

Capt. Antonio M. Padrón on the “Sea of Opportunities” project