Top Posts
The BDI drops down to 1,540; Wets maintain...
John Faraclas of All About Shipping contributes to...
Irene Rosberg addresses the 22nd Parliamentary Intelligence-Security Forum
Ready to hit the water? So are these...
Coach Fall/Winter 2022: A Collection That Feels Like...
Badgley Mischka Fall/Winter 2022: Wearable Sculpture in Ultra-Chic...
Power, philosophy and heroism of central bankers, and...
New superyacht goes up in flames
American Club Circular no.23/22 – EU Sanctions –...
Hot Port News from GAC
Ulla Johnson Fall/Winter 2022: Organic Forms and Nature’s...
American Club Member Alert (August 12, 2022) re...
Witherbys leads the way in digitisation as 5,000...
Home Environment ITOPF R&D Award 2018 goes to ExpOS’D 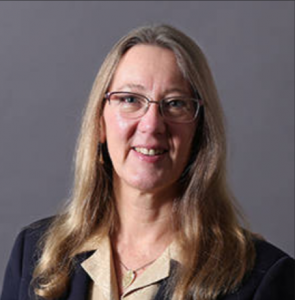 We are pleased to announce that the beneficiary of the 7th annual ITOPF R&D Award is ExpOS’D (Experimental Oil Spill Data-sharing), a research project led by the NHL Stenden University of Applied Sciences (Netherlands), in partnership with the Royal Netherlands Institute for Sea Research, the University of Essex (UK) and the Wageningen University & Research (Netherlands).

The Award will fund a one-year study to investigate the fate and behaviour of an oil slick subject to different dispersion mechanisms. The results will be used to validate and calibrate a dispersion model to allow decision makers to compare the benefits of chemical versus natural dispersion.  In addition, the effects on the water column of the different dispersion techniques will be studied to determine whether there is evidence of enhanced aggregation as a precursor to marine oil-snow sedimentation and flocculation accumulation (MOSSFA).

ITOPF’s Managing Director, Dr. Karen Purnell, said “This is a very relevant project given the controversy surrounding the use of dispersants during the DEEPWATER HORIZON incident and how this may or may not have contributed to the production of ‘marine snow’” (a shower of organic material falling from upper waters to the deep ocean).

Since the ITOPF R&D Award was set up in 2011, £300,000 has already been distributed to six separate R&D projects worldwide on behalf of ITOPF’s shipowner Members, Associates and their P&I insurers.

Information on the Award, including updates on previous award winners, can be found on our website: http://www.itopf.com/in-action/r-d-award/. Potential candidates for future awards should not hesitate to contact us if they have any questions regarding the Award by emailing rdaward@itopf.com.