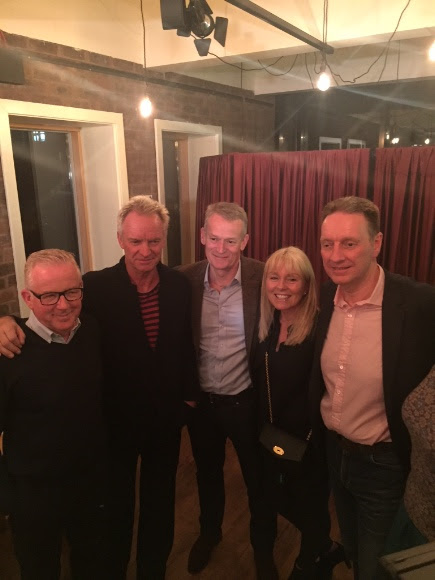 ‘The Last Ship’ tells a powerful story of community and social history, centring upon the demise of Tyne and Wear’s shipbuilding industry and the impact it had upon the people of the North East. It is Sting’s personal, political, and ardent musical, and has returned to the singer’s home town of Newcastle before embarking on a tour of towns and cities around the UK.

Paul Jennings, Joint Managing Director at North P&I Club commented: “We are delighted to be able to support to our hometown’s maritime heritage, and the Northern Stage – a main cultural centre for Newcastle. Our position as a leading mutual marine insurance group, founded in Newcastle in 1860, finds our own history embedded within the North East’s shipping traditions as well as the local community’s. Sponsoring the ‘The Last Ship’ holds a strong sentimental value for us all at North P&I, and we are also pleased to be able to support the Northern Stage’s outreach programmes with the local community and young people across the region.”

Commenting on the sponsorship, Lorne Campbell, Artistic Director at Northern Stage said: “North’s sponsorship of our production of ‘The Last Ship’ is wonderful news. This was the UK premiere of the production and a national tour is planned after the Newcastle run concludes. The musical, written by Sting, has broken box office records at Northern Stage as it plays on the North East’s rich maritime history and has a very strong connection to North’s business. North’s sponsorship will contribute substantially to Northern Stage’s charitable work in the North East. Specifically, the funding will be allocated to our local talent development and community support programmes which are active in communities across the North East region.”

The ‘Last Ship’ runs at the Northern Stage in Newcastle until Saturday 7th April 2018, and tickets are available for purchase from: www.northernstage.co.uk.

Save the Children and Haldor Topsoe help children...