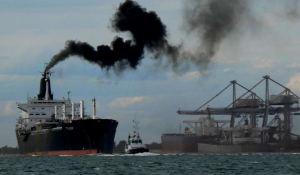 March 30, 2018: A new report published by the International Transport Forum at the Organisation for Economic Co-operation and Development (OECD) finds that “maximum deployment of currently known technologies could make it possible to reach almost complete decarbonisation of maritime shipping by 2035.”

In a comprehensive analysis of what is needed to decarbonise international shipping by 2035, the report recommends setting a clear, ambitious emissions-reduction target to drive decarbonisation of maritime transport, supporting the realization of emissions-reduction targets with a comprehensive set of policy measures and providing smart financial incentives to advance the decarbonisation of maritime shipping.

“The OECD report, closely followed by the call of the European Shippers Association for a target of decarbonisation by 2035, vindicates our Pacific member states’ principled stance on the IMO debate on shipping emission reduction. It is now backed by the latest science that demonstrates it is the most responsible thing to do, realistic and achievable,” said PIDF Secretary General François Martel. “Since the late Tony de Brum called for the IMO to adopt a sectoral target consistent with the 1.5 degrees Paris Agreement target at MEPC68, our small islands have been principled, consistent and vocal on the need for shipping to play its fair share in addressing the effects of climate change. Now the science and the industry are also coming out strongly in support of reason.”

PIDF hosted a workshop in preparation for the IMO meetings on behalf of the governments of Fiji and France in February (see workshop proceedings site here). The PIDF Chair, the Honorable Patteson Oti, Solomon Islands High Commissioner to Fiji, opened proceedings by stating, “What is decided at the next IMO meeting will largely answer the question as to whether shipping is to play its full role under the agreement we all forged at Paris.”

Kiribati, Marshall Islands, Solomon Islands and Tuvalu have co-sponsored a further submission to next week’s critical IMO meetings, again calling for shipping to decarbonise by 2050 in line with the Paris Agreement. Marshall Islands and France will also table the Tony de Brum Declaration now signed by 44 World Leaders.

“All science suggests that a failure by the IMO to ensure the highest level of ambition and immediate action through adoption of real and substantive short-term measures is needed to keep alive the possibility of limiting temperature rise to less than 1.5 degrees,” said Mr Martel. “Our member nations very survival is intimately pegged to these decisions!”

“I think the responsible voices in the shipping industry now see there is as much opportunity as there is challenge in making this transition. Delaying the inevitable could only lead to future chaos for this industry. The integrity of the IMO will be tested. To pass the test it needs to display real leadership for real change next week in London,” Mr Martel explained.

“It is important to remember that the Transport Forum is an intergovernmental organization with 59 member countries. We will be watching closely what these countries will be doing in the IMO’s shipping emissions negotiations in light that all of them have ratified the Paris Agreement.” The full OECD International Transport Forum report can be viewed here.

Furthering Education and Training a must for all looking for success!