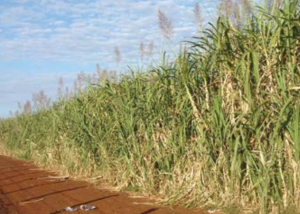 Sugar can be used for biofuel

Environmental regulations are constantly forcing carriers to adjust their fuel strategy – so
what will power the container ships of the future? Joe Lo investigates

Ensuring that container shipping complies with emissions regulations these days is like trying to hike up a mountain in the fog. You sweat away trying to reach your target but then, when you think you’ve got there, you realise that you haven’t. There’s always another peak in the distance, and there’s always another emissions regulation coming into force in a few years’ time, as container shipping is weaned off its reliance on environmentally harmful fossil fuels.

The peak being climbed at the moment is the global sulphur emissions cap of 0.5%, which is coming into force under International Maritime Organization (IMO) regulations in 2020. This follows and complements the 0.1% cap that was introduced in Northern Europe and North America in 2015. All carriers must adapt, and the potential ways in which they can do so are numerous, ranging from the relatively established (liquified natural gas, or LNG) to the more futuristic (lithium batteries and biofuels).

Arguably the most enthusiastic embracer of LNG to date has been CMA CGM, the world’s third biggest carrier. In November 2017, the company announced that its nine new 22,000 teu ships would run mainly on LNG, with only a small amount of marine gas oil to be used for ignition in the combustion chamber. 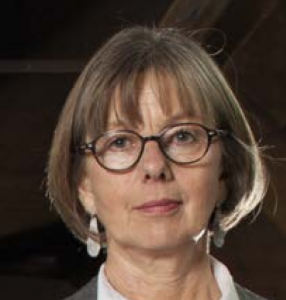 Diane Gilpin suggests biofuels are only a short-term solution

By contrast, Diane Gilpin, CEO of the Smart Green Shipping Alliance (SGSA), suggested that LNG does not go far enough in reducing other harmful emissions. “LNG as a short-term solution for a long-life asset is a risk,” she told CM. “LNG addresses the 2020 sulphur regulations, but with carbon and other greenhouse gas emission regulations soon to be applied to shipping (probably in 2023), it doesn’t seem to me to be the smartest switch.” Gilpin also had concerns over whether LNG would stay at the same price it is currently. “With divestment from fossil fuels gathering momentum around the world,” she said, “LNG is a big risk so far as fuel supply and cost predictability are concerned.”

Maersk Line also has concerns about the economic viability of LNG. A spokesperson told CM: “LNG-powered vessels are likely to be the next leap forward in terms of engine technology. So far we have not found economically viable LNG designs for our new-buildings (latest orders placed in Q2 2015), but we are continuously working with LNG suppliers and yards to find ways to create a business case for moving into more LNG-powered vessels, and would welcome constructive partners to share development costs.” 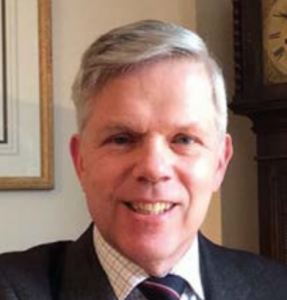 Louis Notley is an advocate of biofuels

An alternative to LNG is the use of biofuels – fuels made from dead plants or animals. Louis Notley is a former logistics specialist with the UK’s Royal Navy and a former COO at a biofuels manufacturer, and is now a consultant with Nisomar. He told CM that pure biodiesel officially gives an 85% reduction in CO2 emissions compared with regular mineral diesel. In addition, burning biofuels produces no sulphur. Estimates of the reductions in NOx emissions offered by biofuels vary wildly – between 0% and 98%, depending on which study you choose to believe.In terms of cost, Notley admitted that biofuels are more expensive to produce than mineral diesel. While they are subsidised as road fuel in some countries, these subsidies are controversial and do not apply to international shipping. However, he said, it is possible to manufacture cheaper biofuel from lower-grade feedstock, which would help make biofuels more competitive against marine gas oil.

Asked whether biofuel is more suitable for new-builds or for retrofitting, Notley said: “It is very viable for existing ships and is already being used in a number of commercial applications. I have not trialled biofuel on a large marine two-stroke engine, but there are lessons to be learned here from road haulage and power generation, where most existing engines can run on biofuel with little  or no modification.”

He added: “For ships, there are implications for fuel storage and handling, as biofuels are by their nature hydroscopic [i.e. they absorb water], so they need to be kept dry. Above all, biofuels are a great intermediate step for heavy haulage, from ‘dirty diesel’ to replacement technologies like fuel cells or battery/electric, enabling immediate and significant reductions in emissions by adopting a percentage blend early on.”

GOING GREEN, SAVING MONEY
When the industry talks of fuel economics, the conversation usually focuses on minimising costs. However, a recent announcement suggests that alternative fuel use could also have an influence on revenue, as shippers are given the option to go green. In December 2017, DHL Global Forwarding signed an agreement with the GoodShipping programme, committing itself to offering customers a choice of transporting their goods on container ships that use “waste-based” biofuels.

These are biofuels made from materials that do not compete with food production. This negates one ethical criticism of biofuels, which is that they divert food away from hungry mouths and into engines. Whatever the  ethical rights and wrongs of this debate, the controversy has continued to affect the level of subsidies that go into biofuels around the world and therefore the extent to which they are affordable.

On top of this, according to Gilpin, the growing need for both clean fuel and more food to feed a growing global population is likely to push biofuel prices up. “Biofuels have good potential,” she said, “but they are subject to some challenging supply and demand constraints. All sectors will need them in a decarbonised future, and there’s not enough land to grow sufficient food for the global population and supply an alternative to fossil fuels.”

Another possible alternative to burning fuel is to power ships with lithium batteries. Such batteries are already
powering cruise liners, ferries and even a cargo ship that carries coal on the Pearl River in China. However, while
this may be a good solution for some types of shipping, it is particularly unsuitable for long-haul container ships.
The first reason for this is that container vessels travel much longer distances than most ferries, cruise liners and
other cargo ships. Therefore, they would need a much larger battery capacity. 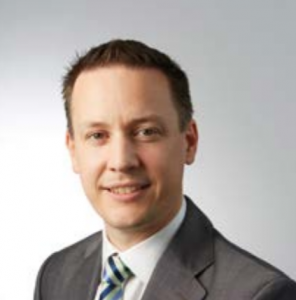 Russel Edson pointed out that battery capacity
is a problem

According to Russell Edson, a partner at intellectual property firm Withers & Rogers: “Wider take-up of electric propulsion systems in the shipping sector is being held back due to limitations in battery capacity. This means that all-electric vessels would not currently be able to undertake longer trips, as batteries can’t economically carry enough power for the whole journey.”

However, he said that innovation to improve battery capacity is taking place and that increased demand for electric vehicles of all kinds will ensure that this innovation continues. “This makes the possibility of all-electric cargo vessels increasingly likely in years to come, as those technologies increase the total amount of energy that on-board batteries can carry,” he added.

Anastasia Papadopoulou, a ship finance lawyer at Keystone Law, is similarly optimistic, at least when it comes to certain types of container ship. “Electric-powered container ships could work well for shorter and more predictable routes,” she said, “for example in liner container shipping, where vessels follow a scheduled service on fixed short routes. Another feasible category  would be feeder container ships operating a limited inland service and also those dedicated to trading in specific areas.”

As well as battery capacity, however, another obstacle is that the battery would need to be charged up in port.
This is not a problem for vessels that shuttle between two or three fixed points, such as the electrically powered ferry
which makes regular short trips across the harbour in the Taiwanese city of Kaohsiung. However, it would be a
problem for a long-haul container shipping service, which could call at a dozen ports across the world, each of which
would need its own battery-charging infrastructure. 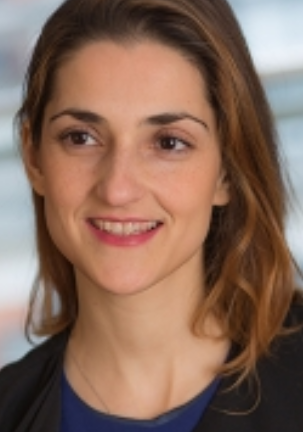 Even if all these ports did develop infrastructure of this nature, doubts remain as to whether electric bunkering could be quick and efficient enough. According to Papadopoulou: “Perhaps a more appropriate solution would be solar-powered batteries or a hybrid solution involving electric bunkering in less congested ports.”

A spokesperson for Maersk Line concluded: “Battery-driven ocean-going container vessels are very far away; their potential commercial viability would depend on very radical improvements in energy density and price per KWh. With today’s levels, a large container vessel powered by batteries would have around 80% of its cargo capacity taken up by
batteries for a voyage between Singapore and Rotterdam.”

The spokesperson added: “The technology is likely to first become viable for smaller container vessels deployed within feeder and short-sea trades, where port calls are frequent and thus allow for frequent recharging options. However, for these vessels too the technology is far from being able to compete with our current engine propulsion set-ups.”

SHORT-TERM SOLUTIONS
In the short and medium terms, it seems more likely that ontainer ships will use electric power in a limited way. In May 2016 Maersk announced that it was fitting 11 of its Triple E-class container ships with General Electric’s Power Take Off/Power Take In (PTO/PTI) technology.

This consists of a shaft generator motor installed between the ship’s main engine and its propeller, which acts as either a generator or a booster to generate electricity. It harnesses the mechanical energy of the vessel’s drive shaft to convert it into electrical energy.

This excess energy is then directed to onboard systems when it is required, which reduces the need to burn fuel
to power the systems.

In the short term, other carriers CM spoke to were either not ready or understandably unwilling to publicly disclose their strategies for meeting the 2020 sulphur cap.

A spokesperson for Hapag-Lloyd said that the company was working flat out to prepare for the changes and would
come up with a solution soon, but that it was too early to comment in detail.

A spokesperson for the new Ocean Network Express (ONE) network responded in a similar manner: “At present, ONE’s immediate focus is on the safe launch of the company in April 2018. ONE’s latest new-builds are ‘LNG-ready’, but at this stage we are yet to make a decision on a final energy strategy in line with the 2020 IMO regulation.