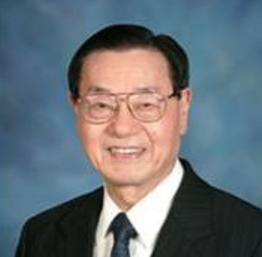 Houston Event Recognizes a Legacy of Shipping and Philanthropy

The Lloyd’s List 2018 Lifetime Achievement Award will be presented to Dr. James Chao, Founder and Honorary Chairman of Foremost Group, noted philanthropist and longtime benefactor to the advancement of education. Dr. Chao will be honored on May 23rd at the Lloyd’s List Americas Awards Dinner being held at the Four Seasons Hotel in Houston, Texas.

Dr. Chao was unanimously selected by a distinguished panel of judges for his contributions to the maritime industry and support of education.  An American of Chinese heritage who reside  in New York, Dr. James S. C. Chao has dedicated his life to the maritime industry and philanthropic activities to help others. He is the founder and Honorary Chairman of Foremost Group, a highly respected international shipping and finance company known for its integrity, reliability and service. He grew up in an educated family in a small farming village. Early in his career, he advanced quickly through the ranks to become one of the youngest ocean-going sea captains at the age of 29.  Later, he took the National Master Mariner Examination and achieved the highest score ever recorded and was honored as “Number One Captain”.  This achievement provided him an opportunity to pursue further studies in the United States.

After earning his MBA in Management from St. John’s University in 1964, Dr. Chao founded Foremost Maritime Corporation, which was later renamed Foremost Group. As an early adopter of green technology to reduce carbon footprint, Foremost Group has incorporated fuel-efficient design and technology in its fleet of ships, which are ranked among the world’s most eco-friendly bulk carriers. For his outstanding contributions to the maritime industry, Dr. Chao was inducted into the International Maritime Hall of Fame at the United Nations.

“Dr. Chao’s story- of a person born in a humble farming village who becomes an international maritime industry icon- is a powerful example to today’s young people that one’s origins do not determine one’s destiny,” stated Lloyd’s List editor Helen Kelly.  “Equally compelling is how he has shared his success to support the education of others with significant contributions to universities in Asia and the United States including the Ruth Mulan Chu Chao Center at Harvard University.”

The Lloyd’s List Awards Dinner brings together maritime professionals from the hemisphere to celebrate industry best practices.  In addition to the Lifetime Achievement Award, awards recognizing shipping companies, ports, environmental initiatives, training and others will be announced.  Those wishing to attend can book your table here.

IMCA appoints Helix Well Ops executive to its board