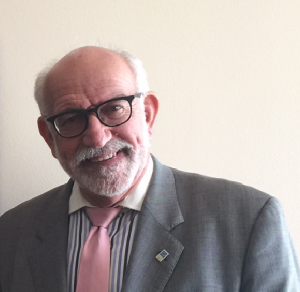 Following a bad fortnight and the subsequent fall below the 1,000-point threshold, the BDI (Baltic Dry Index) “managed” a correction on the plus side and now owners can “breath…” Geopolitics though are not so good and we might see a domino effect in the warring front at the wider Middle Eastern region with incalculable repercussions for all… John Faraclas’ daily and weekly recap:

These 21 points make the big difference, a resurrection so to speak for the BDI… but there is a long way to go so continuous sustainability brings better results for both listed as well as non-listed companies…

So all in all a market under question until the BDI goes back, hopefully, to 1,500 points – first step… Obviously the next step is reaching the 2,000 points which will be indeed manna from …the sea!

The Wets still with mixed feelings; the last published BDTI (Dirties) and BCTI (Cleans) stood at 639 – plus 11 and 525 – plus two points respectively. Not so rosy for the weekly results as the Dirties lost seven points – from 646… The Cleans clinched 15 points – up from the 510 of last Friday the 6th of April!

The Geopolitical front continues to deteriorate; we are not as UN’s SG Antonio Guterres said in a Cold War, we are far worse…

Top story today the IMO deal on GHG which readers can see and study in many articles within the site uploaded earlier on!

Our views on the markets and geopolitics were aired today just before noon at SBC TV’s studio in Athens with Sophia Rodopoulou at the helm with local and international market as well as geopolitical news; see the live video herebelow and write your views and comments:

On another tone and note and as we have already announced, the Yachting Festival in Alimos, Athens, Greece was another treat and we participated in the conference and debate. Will revert with a full write up after the events ends on Monday!.

Have a nice evening as well as a nice weekend and stay tuned as except the Pirates and Terrorists looming in the background, the Third world War is on and try to get the message!

Commonwealth sees $1trn trade on the near horizon