Volatility and Uncertainty in the Shipping Markets and Geopolitics 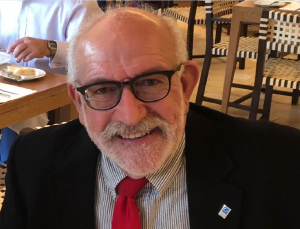 The BDI (Baltic Dry Index) gained earlier on today another 72 points thanks to the as ever volatile Capers… The Geopolitical front could soon become not just uncertain, but an inferno. John Faraclas’ daily briefing:

The BDI with these 72 points – as a result of the Capers’ sky rocking, now reads 1,124… We hope the spree continues so as to save the remaining for the healthy shipping entities – both listed as well as unlisted, needless to say tramp and / or liners.

The Capers gains are exceptional; the BCI gained 250 – yes you read correct: two hundred and fifty points and now is over and above the 1,400 points heading – hopefully for the 1,500 point-threshold, unless… we say unless as we have seen these volatile cases /spikes before…

The Panamaxes, post and “classic” ones fell; in our view and judgement, the most favourable and best size from all in the market whether post-panamax or classic one, lost 24 points with the BPI now reading 1,329 points.

The Supras’ BSI gained four points and now stands at 1,022…

The Handies’ BHSI for a third day remained the same at 626 points!

The Wets once again with mixed feelings; the last published BDTI (Dirties) and BCTI (Cleans) stood at 636 and 538 – that’s minus two and plus three points respectively…

The WTI as these lines are written – a bit early though, stands at US$ 68.17… This might trigger a messy situation for all as all costs will rise… Of course the repercussions for the poor masses all over Planet Ocean are grave… CAUTION.

On another tone, Shipping issues and geopolitics were mostly covered in our live weekly interview with Sophia Rodopoulou at SBC TV this morning; log herebelow and listen:

Today’s Geopolitics cannot be followed; their pace seems faster than the speed of sound… there is no light at the end of the tunnel; end of the story! We have numerous times referred to the politicians and the diplomats as well as to the end result until now, given the limbo-situ we continue to live in.

The interview with SBC TV today, except the BDI and the Markets with a special fully analytical diagram prepared for allaboutshipping by Seametrix,  touched on many issues..: MIGRANTS, the conflict  – better maintain the word: Wars, in Syria and Iraq; the wider Middle East; Turkey’s issues with almost every single nation in the region – and mainly Greece;  Greece’s issues and the PNO (Panhellenic Maritime Union) and the coastal vessel’s strike; Cyprus, the Balkans – with a strong reference on fYRoM and the naming of this odd place – regret using this language but this is the reality; the Aegean and its  security issues; the Tourism and Maritime Tourism in the Aegean with all these issue with the Turkish violations; the American trade policy with sanctions and tariffs and in particular the Chinese reactions; the IMO with the GHG agreement during the MEPC 72; The BREXIT and the strength of the Sterling. At the end the “Maria Callas” Opera Academy Institution was mentioned which must be supported financially to take-off and educate talented young people and cooperate with other academies in other countries as well as with eminent artists of Greek and international origin!

One doesn’t know from where to start but prioritising issues, we adhere to remain to:

The MIGRANTS, the escalation of war and other “hostilities” in Syria and soon in Northern Iraq – the conflagration in the Middle  East continues with the possibility of a major conflict which this time combined with the trade wars, as well as with being “prisoners” of geography, religion, climate and natural resources…

Turkeys “sudden” election announcement might be the catalyst in many ways for all, even to the G20 group at a time when Turkey is in a very bad state of economic and financial affairs – what happened there (?), as it has been aired recently that the Turkish Gold reserves in the USA have left for Turkey…? Never also forget the North Korean saga…

Things are “warming” up and getting nasty both in the Warring Platoon as well as in the business platforms… This is the message we get and trying to pass over same / convey to you and see how you  must adjust your shipping business plans!

Have a nice evening and  be on guard for any eventuality emanating from Pirates and Terrorists of any kind wherever you are on Planet Ocean!