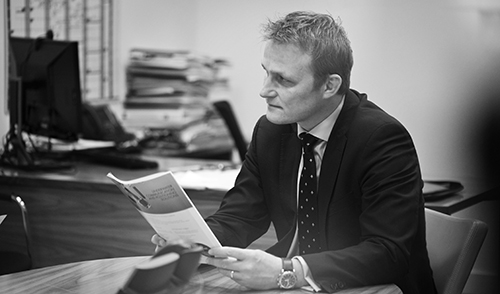 David Loosley, Chief Executive of the Institute of Marine Engineering, Science and Technology, has been shortlisted for this year’s memcom Louis Armstrong CEO Leadership Award.

Arguably the most prestigious award for an individual within the professional associations sector, the Louis Armstrong Leadership Award recognises true leadership of a professional body or trade association. The 2018 award will be made to a Chief Executive who in the opinion of the judges has provided outstanding leadership and demonstrated a marked advancement in their organisation under their leadership, having an impact on not just the profession but also on the economy and society as a whole.

Judged by a panel of esteemed experts within the professional body sector, the 2018 award will be presented at the memcom excellence awards lunch on Wednesday 16 May at County Hall.

The judging panel this year is chaired by Chris Blythe, CEO of the Chartered Institute of Building and recipient of the 2017 award. Chris will present the award to the winner at this year’s event and the winner will be invited to join the Pantheon of Leaders.

The shortlist of inspirational leaders is as follows:

Dr Mark Downs has been Chief Executive of the Society since its inception in 2009. The RSB is a single unified voice, representing a diverse membership of individuals, learned societies and other organisations, and provides a distinct point of access to authoritative, independent, and evidence-based opinion, representative of the widest range of bioscience disciplines.

Jane Hatfield is the CEO of the FSRH, the largest professional membership body working to raise standards in contraceptive/sexual and reproductive healthcare in the UK. She has been CEO since May 2013 and since then has supported the President in modernising the organisation to become more member focused, with a higher profile whilst also increasing its income by 20%.

David Loosley has been Chief Executive of the Institute of Marine Engineering Science & Technology since November 2011. During this time he has taken the Institute on an extraordinary journey of transformation, diversification and internationalisation which delivered huge benefit to the Institute, members, staff, the sector and the public.

Hetan Shah joined the RSS as Executive Director in 2011 and saw the potential of the RSS to play a broader, influencing role. Under Hetan’s leadership, the Society now enjoys a high external profile, has diversified its income streams and audience and is realising its vision of ‘A world where data are at the heart of understanding and decision-making’.