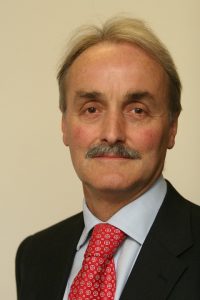 Davies Turner, the UK’s leading independent freight forwarding company, is adding an export LCL cargo service by rail from the UK to China one year after launching an import LCL and FCL rail service in the other direction.

Consignments destined for China are consolidated through the company’s nationwide hub and spoke trunking operations and then loaded at their  regional distribution centre in Dartford onto one of Davies Turner’s daily trailer services to Hamburg.

In Hamburg, consignments are transferred onto the rail service, which then heads east, passing through Poland, Belarus, Russia, and Kazakhstan, before arriving in Wuhan, China. Shipments are transported under an Export Accompanied Document (EAD).

Ex-UK transit times to Wuhan range from 26 to 30 days, whilst Customs clearance and delivery throughout mainland China averages 5-7 days, dependent on the final point of delivery.

Davies Turner says that in comparison to ocean freight, a shipment collected from the factory and delivered to the door makes possible a 14-day reduction in transit time.

Furthermore, rail has on average proved to be 50-60 percent cheaper than air; with larger shipments attracting the biggest savings.

Philip Stephenson, chairman of Davies Turner says: “Our import rail service from China to Europe has proven to be very popular and has become a great success. So we are now pleased to offer an export service through to China from our strategically located hubs at Birmingham, Bristol , Cumbernauld/Glasgow, Dartford, Manchester and Dublin.

“Both our import and export rail services offer fixed weekly departures with proven schedule reliability and we only utilise established rail services which have been running for a minimum of 12 months.”

The operation is offered in conjunction with Davies Turner’s long-standing partners in both China and Germany, which have many years of experience moving freight on these and similar rail services

Young forwarder network gets back on track