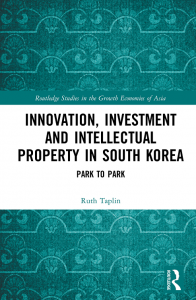 One of the most dramatic shipbuilding contracts of the decade – one which would have been unthinkable just over a year ago – has emanated from South Korea’s struggling maritime sector.

Setting out to double its fleet volume, Hyundai Merchant Marine is ordering from three domestic yards 20 containerships including a dozen of 23,000 teu capacity, which will be  among the world’s largest of their type. This adds to the group’s earlier shopping for five very large crude carriers, to be delivered in the first half of 2019.

The deals are thanks to state support for the beleaguered sector, a turnaround from the squeeze of the last few years, and there is much more to the change in direction than the advent of new political leadership.

How to make sense of what is going on in South Korea,  both in terms of its huge shipping industry and the wider industrial and political realm? A new book by Prof Ruth Taplin, an economist with inside experience of East Asia, provides essential context and a pathway to a holistic understanding of the boom and bust trajectory of the johnny-come-lately of the shipping markets. 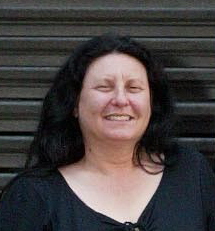 Prof Taplin’s title Innovation, Investment and Intellectual Property in South Korea, Park to Park refers to the industrial and economic roller-coaster from the presidencies of the authoritarian Park Chung-hee (from 1963 until his assassination in 1979) to that of his daughter Park geun-hye who acceded in 2013 but who was ignominiously tipped from office in 2017 amid a huge corruption scandal.

Seizing power by military coup in what was a semi-feudal society, Park Chung-hee launched a ruthless industrialisation drive which levered in an era of modern prosperity, fuelled by huge conglomerates known as chaebol, representative of which were Samsung and Hyundai. In short order, the country surged to global number one in both shipbuilding and shipbreaking, on the back of government encouragement and heavy investment in innovation in shipping by the chaebols. South Korea became a global brand.

His daughter’s term of office started well, with the country as one of the most information technology-aware nations, a population largely digitally proficient, and plans for economic reforms. Then it all turned sour. The innovation and patenting and constructive investment which Prof Taplin prizes so highly as a key to success were cast aside. A tolerated corruption that ran through the economy during the Park geun-hye government led to both severe neglect and tragedy, she writes.

The sinister influence of Park geun-hye’s childhood friend Choi Soon-sil was revealed, relations with North Korea worsened, and the maritime sector dealt a distressing triple blow: container giant Hanjin Shipping collapsed with global repercussions; the country’s financially-stressed shipbuilders embarked on a savage restructuring which cost 100,000 jobs; and the shameful sinking of the ferry Sewol in which 300 students perished stoked the grief and anger of families of the victims to a new height when it took twice as long as promised to raise the wreckage from the seabed.

The national maritime reputation suffered further when the converted very large ore carrier Stellar Daisy managed by Polaris Shipping of Seoul sank on March 31, 2017, off the coast of Uruguay in the South Atlantic with the loss of 22 crew, leading to questions over the structural safety of more than 40 such ore carriers.

Since 2008, banks had been pouring billions of dollars into restructuring the shipping sector, but to little avail. What seems to have been gross mismanagement by the chaebols was laid bare, and when Hanjin collapsed, shipowners elsewhere who thought they had charter deals with a creditworthy organisation were forced to write off huge unpaid hire costs. The bankruptcy of Hanjin Shipping slashed the national liner fleet in half.

Many South Koreans breathed a sigh of relief when Park geun-hye was impeached, and ultimately sentenced to 24 years in prison. Her rival Moon Jae-in was elected to assume office on May 10, 2017, on a programme of fiscal stimulus and tackling corruption.

The accession of President Moon has seen a marked change of mood, freeing state backed cash for among others the maritime sector, something that had been off the table during Park Geun-hye’s time in office.

HMM’s scheme is part of the mid-term plan of the government to facilitate the building of 140 dry bulk carriers and 60 containerships.

A return to new/old policies of intervention in the shipping market will see the state-sponsored ship finance body Korean Ocean Business Corporation allocate the equivalent of $251m in a first round of subsidy to support the fleet renewal of six owners including HMM. (The other five are Sinokor Merchant Marine, CK Lines, Namsung Shipping, Pan Continental Shipping and Dongjin Shipping).

HMM says that the aim of its ordering policy is to improve competitiveness through economies of scale, and “form a stable basis for making profits in the intensely competitive market.”

A driver of Seoul’s initiative is an attempt to alleviate the suffering of towns hit by the cutbacks at newbuilding yards. Five regions have been designated as “special industrial crisis response zones,” where the government will provide job support and tax incentives to shipbuilding companies and suppliers.

There are three drawbacks to this revival of shipbuilding. One is that the contract prices struck for the ships have been at a discount, raising doubts as to whether the yards can turn a profit; secondly it brings the risk that the level of state subsidy will be taken amiss by other shipbuilding nations, notably Japan, China and Germany; and the third danger is that although scrapping of older tonnage is sought, the international freight market will find it difficult to keep anything near a balance.

In a reflection that fuel costs have risen by more than 25% since the beginning of 2018, the Japanese liner consortium ONE, Maersk, MSC and CMA CGM have announced emergency bunker surcharges of between $20 and $60 per teu as from effect from July.

All in all, the developments are in sharp contrast to the gloom that had enveloped South Korean shipping until just over a year ago.

HMM is retrenching in the sense that it is ending its role as a global liner company by withdrawing from the transatlantic lanes. Its new large ships will be deployed on Asia-North European trades, while new 14,000 teu vessels will be deployed transpacific.

Meanwhile, SM Line, part of the Samra Midas Group, and which was formed to acquire the transpacific and intra-Asia interests of Hanjin Shipping, is seeking to assert itself albeit within the partnership approach being fostered among its counterparts.

The author is an advocate of more deregulation and reforms to corporate governance and company law to tackle the market dominance of the chaebols that is stifling competition from innovative small and medium enterprises.

Prof Taplin, who is editor of the Interdisciplinary Journal of Economics and Business Law (www.ijebl.co.uk) and director of the Centre of Japanese and East Asian Studies, London, sets the tumultuous maritime scene firmly in the context of developments elsewhere in the economy, including information technology, electronics, energy and competition law. This is an approach that deserves the full attention of those seeking to make sense of any single sector such as shipping.

The writer of this review contributed to Prof Taplin’s research into the maritime sector.