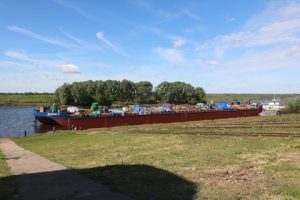 A launching ceremony for third vessel of a series of Project ROB non-self-propelled barges was held June 7, 2018 at Okskaya Sudoverf Shipyard (part of UCL Holding). The ship named Belmax 3 is being built under order of PAO STLC.

Non-self-propelled tank barges of Project ROB20 are intended for transportation of petroleum products with a flashpoint of 610C and above. With their double sides and double bottoms the vessels feature an improved level of environmental friendliness. The barges will be operated on the Belaya, Kama and Volga rivers.

Cluster collaboration is the future