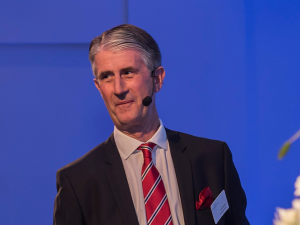 AGM2018: The Swedish Club announced at its AGM last week that it has appointed five new Board members.

The following new Board members were elected, bringing with them a wealth of experience from many sectors of the shipping industry:

At the AGM, Chairman of the Board, Lennart Simonsson, welcomed the five to their new role and extended his thanks to the Board as a whole for its passion and commitment to the Club over the last year.

During the day the Club focused on the issue of government intervention in marine casualties, a topic of increasing concern to the shipping community and yet one which rarely makes the headlines. The keynote presentation was given by Jonathan Walker, LOC, followed by a panel of experts, including Andrew Bardot, International Group of P&I Clubs; Mauricio Garrido, T&T Salvage; Chris Beesley, C Solutions Consultants; and Eric Jacobs, Awilhelmsen Management. They guided the audience through past cases and discussed the long-term implications of this change in attitude to the future of our industry.

“We have seen this issue become more prevalent as time goes on.” said Lars Rhodin, Managing Director of The Swedish Club. “Whilst we deal with every incident on an individual basis, we have all seen cases become more political, and as such, our industry has to respond accordingly. Society today has less tolerance with marine casualties.

“The panel gave an expert insight into the implications of this new political dimension on our everyday business activities, and I am pleased to say that they provided members of the audience with a number of ideas in how best to proceed, should they face the same situation.”

Lars Rhodin told members attending the AGM that the Club had “emerged from 2017 well prepared and in the right position to take advantage of a stabilising market.

“The Swedish Club will continue to adapt and serve in a changing dynamic market; focus on maintaining its current level of operating and underwriting performance and by putting members’ needs first.”

The Board of Oslo Børs approves Shelf Drilling for listing