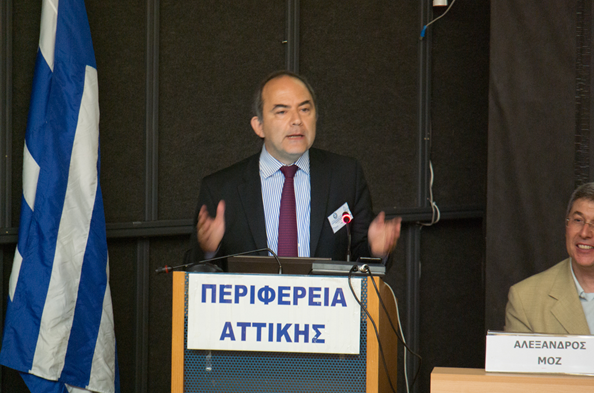 The scientific conference with subject “AVIATION – PRESENT AND FUTURE” was held in Athens for the twelfth year and presented a number of interesting findings. This year the conference focus was on the “Aerotourism” and alternative forms of pertinent touristic development and was opened by the President of the iForce Communications, Mr Fokion Zaimis, who thanked the organizing committee for the continuous support to the conference with pioneering but also pressing issues that concern the civil aviation sector in our country. He particularly thanked the airline companies – sponsors Orange2Fly, a Greek-based international airline company, and Global Aviation, a leading Greek pilot academy with the largest fleet of training airplanes and flight simulators in our country at the Pachi Airport, Megara. 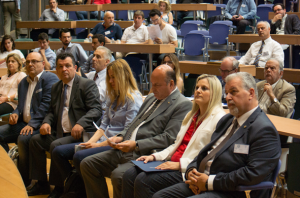 The speaker focused on the fact that although tourism is considered to be the last remaining “heavy industry” in Greece, General Aviation and Aviation-Tourism remain underdeveloped when compared to other European countries. Ignorance, indifference, bureaucracy, and the general lack of aviation culture in Greece, make a country that could have been the “Europe’s Florida” something less than a mere observer of developments in Europe.

“It is worthwhile exploring the relevant blogs of the Internet to realize how “unfriendly to general aviation” our country is seen to be by our European light aircraft travelers”, said Vice-President of the Hellenic Pilots Association. While general aviation in Europe is growing with an approximately 22 billion euros annual turnover, and 350,000 light aircraft pilot-operators, Greece does not only take advantage of a piece of this otherwise important “pie”, instead it records a rapidly declining trend, which could be irreversible
“General Aviation is really a small alternative tourist sector in Greece, but unfortunately, instead of growing it, in the country where Icarus was born, with the three-hundred shimmering days of sunshine, the unique scenery, the perfect climate for this activity and the 40 airports, instead General Aviation appears to be on the onset of extinction”. 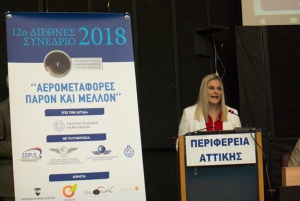 Moreover, the speaker did not hesitate to refer to the so-called “Fraport phenomenon”. Although the Hellenic Pilots Association supports the development projects of the particular private company, it cannot fail to decry its new pricing policy, with the landing and parking charges of light aircraft having decupled over the last 2-year period in all of the 14 regional airports managed by Fraport in Greece.

“Fraport’s pricing policy has no business logic and simply looks forward to the extinction of the so-called aviation-tourism and general aviation in Greece.” The landing and parking charges of light aircraft at the 14 Greek peripheral airports have increased so much that these airports have been made the most expensive airports by far serving general aviation in Europe. It is also startling that these fees are far higher than in those European airports that Fraport itself manages within Europe. A 85% reduction in arrivals of small light aircraft from abroad was observed during the last year in Corfu alone. Interestingly, in the re-designing of the airport terminals, Fraport is reducing light aircraft parking spaces instead of increasing them for the benefit of airlines, and fails to develop the infrastructure for the refueling of light aircraft, an obligation supposedly to be overseen by the Hellenic Civil Aviation Authority, in accordance with pertinent memoranda.

“It is understandable that a private company is all for profit, and this is not at all blamable in principle; however, when, due to profit, the company is about to wipe out an important sector that concerns tourism and pilot education in Greece by aviation academies or aeroclubs, effectively forcing future Greek pilots to flee for training abroad, then one has to say or to do something about it”. So, apart from the incredibly excessive charges that discourage all domestic and foreign light aircraft travelers from visiting Greece and have led local Greek aeroclubs to file lawsuits against Fraport (see, for example, Corfu Aeroclub), a dangerous flight safety problem is about to be developed. The light aircraft operator will attempt to “bypass” Fraport airports in order not to incur these unreasonable landing charges. For example, a light aircraft traveler, who wants to arrive in Greece from Italy or Croatia, say to Athens, in order to avoid excessive charges, he shall attempt to overfly the Fraport airports, which are in fact all the major Ionian Islands, thus increasing the risk of his flight management. In this scenario a potential unpredictable weather change such as wind direction may further increase the risk of flight, potentially

resulting into a fuel starvation while on board. It is known that, recently, a light aircraft crashed in the area of Nafpaktos, and although no official findings have been issued, it was observed that in this fatal accident there were no traces of fuel leakage from the otherwise destroyed light aircraft.

“In essence, Fraport gives the finishing stroke to general aviation and pertinent aviation tourism in Greece, since light aircraft travelers will select destinations outside Greece for their vacation and their aviation tours.”

The next speaker, Mr Ioannis Papazoglou, Corporate Communications Manager, Fraport Greece, presented an analytical time-schedule program of the current development activities in the 14 Fraport airports, however, he did not comment on any of the hindering problems that Fraport causes to the General Aviation in Greece.

Markets unsustainable yet again with the BDI@ 1,373…