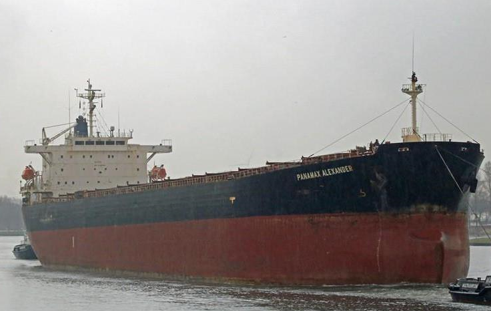 On 1 March 2018, Tsavliris Salvage were engaged to provide salvage assistance to the Bulk Carrier “PANAMAX ALEXANDER” (GT 38,928 – DWT 74,247) laden with 70,260 tonnes of low silica acid pellets. The vessel immobilised due to propulsion breakdown about 600 nautical miles west of Bishop Rock, UK. During the incident the vessel was en route from Seven Islands, Canada to Ghent, Belgium.
On the same day, Tsavliris arranged for the AHT “UNION MANTA” (20,000 BHP – 205 TBP) to sail immediately from OPL Anchorage Scheveningen, Netherlands. The salvage tug arrived at the casualty’s position on 6 March and towage commenced to Flushing roads.
Due to adverse weather conditions, the salvage tug deviated from her route on several occasions in order to head into the strong winds. On 14 March tow connection was lost but was soon re-established.
On 20 March, the vessel arrived safely at Everingen anchorage for lightering operation which was completed on 22 March. On the same day, the vessel proceeded to Arcelor terminal with the assistance of pilots and five port tugs, to complete discharge.
On 23 March, the convoy arrived at destination and the salvage services were completed. 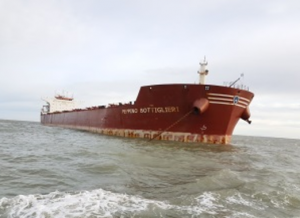 On 23 March 2018 the Panamax Bulk Carrier “PEPPINO BOTTIGLIERI” (GT 51,255 – DWT 93,251) laden with 74,300 tonnes of soya bean meal and maize whilst outbound from Bahia Blanca, Argentina, with destination Cai Mep/ Phu My, Vietnam, grounded about 1,9 miles from San Juan light-house.
Tsavliris Salvage were promptly contracted to provide salvage assistance. On the same day a salvage master and a salvage officer boarded the vessel, while the tugs “ONA TOPAZ” (BHP 5,150 – 75 TBP) and “ONA TRIUNFO” (BHP 5,086 – 75 TBP) were mobilised from Bahia Blanca.
On 24 March, following an underwater inspection, the casualty was successfully refloated by the tugs, escorted to anchorage B area for inspection as directed by the port authorities.
On 26 March, the operation was completed and the services were terminated. 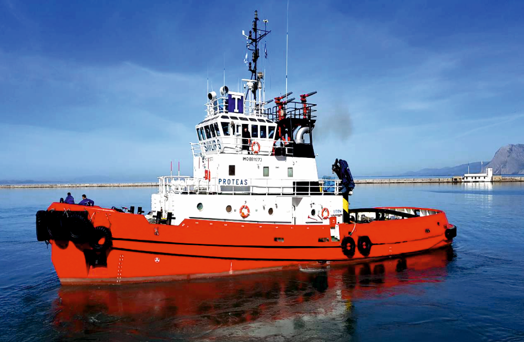 Tsavliris Salvage has further expanded its fleet with its latest acquisition. Built at Moss Point Marine Inc. shipyard under hull No 106 for the Kingdom of Jordan as the “Amman”, the tug (renamed) “PROTEAS” was delivered on 19 March 2018 at Piraeus. “PROTEAS” (BHP 3,200 – BP 45T) is fitted with FIFI 1 capabilities and will be operating out of Patras, Greece – mainly in the Patraikos/Corinthiakos gulfs
A private blessing ceremony was held on 30 March with family and staff in attendance to welcome the newest member of the Tsavliris fleet.

Business alliance between Tsavliris Salvage and SSE
Tsavliris Salvage and their close partners Singapore Salvage Engineers (SSE) have further expanded their relationship with a recent cooperation agreement.
The new business alliance enables the provision of world class salvage services and state-of-the-art marine engineering solutions in the region of south-east Asia.
Based in Singapore, SSE is a leading service provider for maritime emergency and support services in Malaysia, Indonesia and Vietnam.
Prior to the agreement, both companies had jointly worked on numerous successful salvage operations.

G.Tsavliris: Academic Board Member of Metropolitan College
George Tsavliris was appointed to the Academic Board of Metropolitan College. The 2018 annual Board meeting took place on 16 May at the College’s Maroussi (Athens) campus, in the presence of the Vice-Chancellor of Solent University, who presented to the Board members the strategic direction of the University and praised the developing strong partnership with Metropolitan College.
The Metropolitan College was founded in 1982 and is the largest private educational organisation in Greece, with over 5,000 students on four campuses around Greece, offering a wide range of more than 55 undergraduate and graduate degrees, in partnership with five distinguished public UK Universities.
In its recently established Faculty of Shipping, the College is offering two undergraduate programmes [BSc (Hons) Maritime Business and BSc (Hons) Shipping and Port Management] and two postgraduate ones [MSc International Maritime Business and MSc International Shipping and Logistics], while from September 2018 the College is launching the first private Merchant Maritime Academy in Greece in partnership with Solent University of Southampton (www.metropolitan.edu.gr).