Sailors’ Society shortlisted for charity of the year 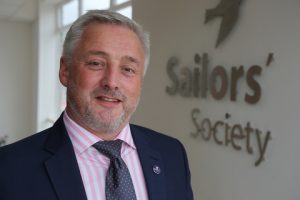 An international maritime charity has been shortlisted for charity of the year.

Sailors’ Society, which has its head office in Southampton, will compete against six other organisations at the Charity Times Awards in London on 3 October.

The awards recognise leadership and professionalism in charitable organisations and celebrate best practice across the sector.

Stuart Rivers, Sailors’ Society’s CEO, said: “It’s fantastic to be recognised for such a prestigious award, especially in the charity’s 200th year.

“The nomination is testament to the hard work of our staff around the world, which is made possible by our dedicated volunteers and supporters.”

Sailors’ Society was founded in London in 1818 to support destitute seafarers returning home from the Napoleonic Wars.

The charity supported seafarers through both world wars, global depression, natural and man-made disasters and huge changes in technology and the shipping industry.

Stuart added: “In the past five years, Sailors’ Society has transformed into a forward-thinking charity, which effectively cares for seafarers not just in port, but from cradle to grave.

“We can uniquely describe ourselves as a 200-year-old start-up: with a combination of experience and innovation, legacy and agility which is having a demonstrable impact on the lives of the often-overlooked men and women who bring us the goods we rely on every day.”

The charity works internationally to provide practical, emotional and spiritual welfare support to the world’s 1.6m seafarers, regardless of background or faith. Sailors’ Society chaplains and ship visitors have a presence in 91 global ports, with wider projects and services covering 30 countries.

Earlier this year it celebrated its bicentenary with an anniversary service at Southwark Cathedral, where His Royal Highness Prince Michael of Kent spoke about the royal family’s longstanding links with the charity.