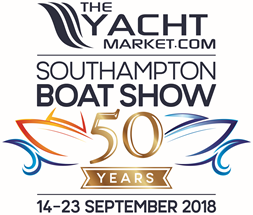 A major study, carried out by TheYachtMarket.com Southampton Boat Show, has revealed that Brits’ love affair with the sea is alive and well, with almost two thirds (63%) choosing to buy a boat if they were to win the lottery.

The research carried out to celebrate the Show’s 50th anniversary also found that escaping the stresses of everyday life (58%) and sense of adventure (52%) are the top reasons why people would pick a boat over any other luxury upon winning the jackpot.

It also turns out that despite our sense of adventure, we don’t want to leave our shores too far behind with 41% saying that they would sail their new yacht around the UK rather than head to the Caribbean (34%), Croatia (13%) or around the World (31%).This could be in part due to the unprecedented weather we have enjoyed this summer, where temperatures have hit record highs and “staycations” are becoming ever more popular. That being said, women seem to want to explore further afield, with 40% dreaming of sail trips round the Caribbean (compared to 29% of men) and 36% opting for the Greek Islands, perhaps inspired by Mamma Mia: Here We Go Again.

Other key results from the research included:

Celebrating its 50th anniversary, TheYachtMarket.com Southampton Boat Show is Britain’s biggest boating festival showcasing the lifestyle, fun and excitement that being on the water has to offer.

Whether tempted to dip your toe in for the first time, an aspiring sailor or seasoned boater, it offers a fantastic social experience, the chance to stock up on the latest boating gear and the perfect opportunity to indulge a passion for the water.