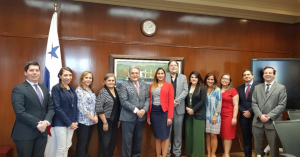 Panama City will be 500 years old in 2019 and of course Panamanians are planning on celebrating in a grand style, as they know how to do –and to help celebrate Panama´s contributions to the maritime world, the Maritime Chamber and the Maritime Law Association of Panama are again joining forces to kick-start the fourteenth version of Panama Maritime World Conference & Exhibition, to take place from Sunday 17 through 20 March 2019. The Panama Canal and the Maritime Authority of Panama are again co-organisers and main sponsors of the world-renowned gathering of industry movers and shakers.

Even before the City of Panama was formally established, the Spanish enclave was the starting point for expeditions that conquered the Inca Empire in Peru and it was a stopover point on one of the most important trade routes in the American continent, leading to the Portobelo Fairs –the first logistics service providers hub in the Americas –through which passed most of the gold and silver headed for Europe. 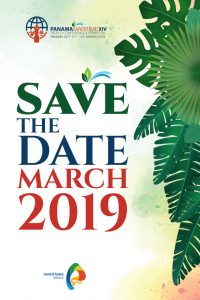 The year 2019 will also be full of political activities since presidential elections are held just two months after the Conference, so the organisers will no doubt invite candidates to speak about their views and plans for the local and regional port, maritime and logistics industries. Logistics and particularly value-added services has become a major source of investment and business for Panama –and together with the banking and legal centres, the world´s second largest free zone and the Canal, Panama has become a regional hub for all types of services. Panama´s geographically centred location and connectivity services are definitely two major selling points. The Panamanian COPA Airlines is the largest regional airline with its main hub at Panama City Tocumen Airport, offering 78 destinations in 32 countries in North America, Central America, South America, and the Caribbean.

Many issues impacting on industry today and in the near future will be addressed during the conference, including MARPOL´s new regulations to increase ship efficiency and cleaner air and oceans –including measures to keep litter off the oceans, particularly plastics. Major providers of the region´s maritime services and products and the most important ports, bunkering services providers and shipping lines will participate in the conference and the exhibition. For the first time, the new Law 50, which establishes a legal regime for maritime local and international financing operations and offers other fiscal, labour and migratory incentives for investors.

Of course, China´s One Road – One Belt initiative and what is Panama´s role in it will be discussed at length, including ongoing and future infrastructure projects. New technology, as well as Artificial Intelligence, and their impact on how business is conducted will occupy a major part of the discussions, as we address autonomous ships, trucks and ports. The impact of the expanded Canal on the rapidly expanding LNG market will be discussed, as well as the effect on the socio-economic development of Central America and the Caribbean Region. Conference participants will have the unique opportunity to visit major ports in the Atlantic and Pacific terminals and the fully operational Neo Panama Canal Locks. 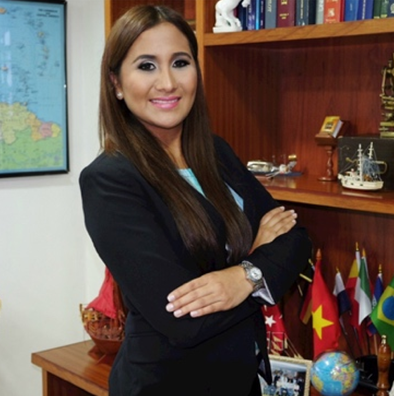 To start off the arduous work of organising such an international affair, the Organising Committee, held their first formal meeting at the Panama Canal Headquarters on Thursday 23 August 2019. Joining the Committee are Maritime Chamber and Law Association members, as well as representatives from the Canal and the Maritime Authorities. As the date nears, however, media partners, sponsors and exhibitors will also join the Committee just to make sure the event is a success! The president of the Maritime Chamber, Patricia Velasquez, the first woman to occupy that position is also a member of the committee, as well as Dr Francisco Linares, the president of the Maritime Law Association, from the law firm Morgan & Morgan. Joining the committee again are Belisario Porras, from the Patton, Moreno and Asvat law firm and Marta Caballero and Marta Guardia from the Maritime Authority and the Panama Canal, respectively.   L Asociados, also returning to the organising committee and lawyers Pilar Castillo from ARIFA, Andrés V. Mejía from Morgan & Morgan and Ramón Franco from Franco & Franco law firms. 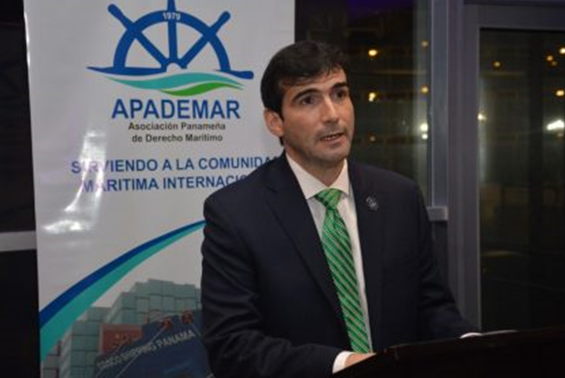 Captain Orlando Allard, has again been selected as the Conference Chairman. Allard is an old timer in organising this and other international conferences and has an extensive and impressive background in maritime, port and maritime affairs, particularly in maritime training and Canal operations, where he was in charge of training and a senior Canal pilot until his retirement. He is currently the Dean of Engineering and Technology of the Santa Maria to a successful consulting career.

As in previous Conferences, the IMO Secretary-General will be invited to open the event and present the Organizations major agenda issues. Again, the conference programme will be enhanced by the recommendations of a very special group of industry´s “movers & shakers” –a Board of Advisors formed by a select group of individuals who, from their respective fields have a great deal of impact on how our industry shapes its own future. The Board of Advisors for the 2015 conference included William O´Neil, Secretary General Emeritus of IMO; Jorge Quijano, Administrator of the Panama Canal Authority; Peter Hinchcliffe, Secretary General of ICS, Philippe Embiricos, former President of BIMCO and Member of the Panama Canal Advisory Board; Irene Rosberg, Director of the Master´s Degree Programme of the Copenhagen Business School; Carlos Urriola, Vice-President of Manzanillo International Terminal (MIT) in Panama; Julio De La Lastra the CEO of Mitsui O.S.K. Lines (MOL) Panama -and last but not least, Engineer Alberto Alemán Zubieta, Former Administrator of the Panama Canal.

Panama is a particular place of interest to me. My uncle has a yacht and lives in Panama. He invited us to travel the canals one year and it was one of the most impressionable moments of my life. All things maritime and Panama canal have moved forward in my mind since then and I am glad to see there is a conference on these to wonderful topics… COMBINED!