“Ships are not operating in a regulatory vacuum” says ICS Chairman… 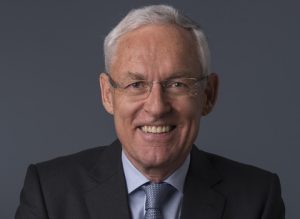 At the United Nations in New York, the International Chamber of Shipping (ICS) is representing shipowners at the start of a major negotiation to agree a new legal instrument for the protection of the ocean under the UN Convention on the Law of the Sea (UNCLOS) – which will apply to ‘high seas’ areas ‘beyond national jurisdiction’.

Addressing government negotiators in New York today (5 September), ICS Chairman, Esben Poulsson, highlighted the need to ensure that this UN initiative will not “unwittingly” impact on the effective future governance of global shipping, potentially interfering with principles such as freedom of navigation, or otherwise cutting across the work of shipping’s global regulator, the London-based UN International Maritime Organization (IMO).

“As a result of the global rules already provided by IMO, ships are not operating in a regulatory vacuum” stressed Esben Poulsson. “A shipowner’s activities are never beyond national jurisdiction, even on the high seas.”

ICS fully supports the objectives of the UN negotiations and the critical need to provide environmental protection for the ocean from activities such as fishing and seabed mining.  However, ICS says these are activities which, unlike commercial shipping, do not enjoy a comprehensive framework of global regulation such as that which has been developed, over a period of 50 years, by the UN IMO and its 174 Member States.

ICS says this IMO framework already governs virtually every aspect of maritime environmental protection and is genuinely implemented on a worldwide basis.  This includes a sophisticated mechanism for Port State Control enforcement, whereby all visiting ships are inspected for full compliance with global IMO standards, regardless of the flag state of the ship.

Of particular interest to ICS is that the new UN instrument is likely to permit area-based management tools such as Marine Protected Areas (MPAS) being developed for the high seas.  ICS asserts that the detail and appropriateness of any future measures that might apply in such MPAs – for example special navigational measures to protect whales – should still be determined by the relevant specialist agency, in this case IMO, which has long experience of implementing MPAs for global shipping.

“IMO should always be the lead organisation for developing environmental rules that may affect international shipping” said Mr Poulsson. “IMO’s jurisdiction is broad and extends already to shipping activity in areas beyond national jurisdiction.”

There are around 80,000 merchant vessels engaged in international trade, operating outside of territorial waters, which must all adhere to IMO rules throughout the ship’s voyage, including the MARPOL Convention for pollution prevention.

The UN negotiations for the ‘Development of an international legally binding instrument under the United Nations Convention on the Law of the Sea on the conservation and sustainable use of marine biological diversity of areas beyond national jurisdiction’ are expected to conclude with the adoption of a new legal instrument by 2020.

The ICS Chairman was participating at a special event on shipping issues held for UN government negotiators, jointly organised at the UN in New York by ICS, IMO and the governments of the Marshall Islands and Norway, with the assistance of the Norwegian Shipowners’ Association.

The Nautical Institute updates its support for CMMar award