Global marine premiums up by 2% but challenges remain for marine underwriting, says IUMI 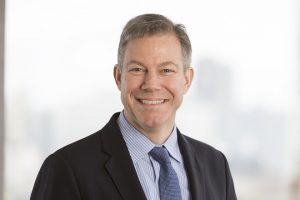 Against the positive backdrop of a benign claims environment in some sectors, IUMI’s statistics show an increasing mismatch between premium income, covered risk and claims costs. On a global average basis, buffers to cover extraordinary single or accumulation losses are non-existent.

Today, IUMI – the International Union of Marine Insurance – presented its annual statistical report on the marine insurance market at this week’s annual conference in Cape Town. Whilst global marine premiums were up by 2%, IUMI highlighted an increasing mismatch between income levels and covered risk.

“Overall premium income reached USD 28.5 billion in 2017 which represents a 2% increase compared with 2016. This upswing is largely attributable to growth in trade plus strengthening of European and other currencies against the US dollar. But it masks the dramatic situation which is unfolding when current premium levels are viewed in relation to covered risks and the impact of claims.

The cargo market was recently affected by unprecedented nat-cat and outlier event losses and this has negatively impacted underwriting results. It also signals the increasing, and often unknown, accumulation of values both on shore and at sea.

In the hull market, falling vessel values have, among other market conditions, contributed to an erosion of income to a degree where income is now not sufficient to allow for normal repair costs in a given year. This downward trend is particularly worrying given the relative absence of major hull losses in recent years. The last ten years’ statistics clearly show an increasing volatility in the impact of claims on underwriting results caused by the random occurrence of claims with unprecedented cost. As vessel sizes continue to increase, this trend will not reverse, and the heightened risk must be taken into account. The shipping and insurance industries will have to embrace this level of volatility and uncertainty which may impact future profitability.

The offshore energy market has also seen a substantial erosion of premium income caused by the low oil price and the consequent low activity in the offshore sector. Insurance capacity has remained abundant, however. More positively, the 2017 hurricane season had little effect, and major claims impact remained low. It remains to be seen when and to what degree the rising oil price will support an upswing in this sector.

In general, the IUMI statistics clearly illustrate the need for sustainable underwriting by understanding the simple – and sometimes not so simple – mathematics of evaluating the risks and expected costs associated with a prudent marine portfolio.”

The distribution of the USD 28.5 billion global income between geographic regions remained stable, with only a 1% increase in the share of Asia and Latin America as compared with Europe. In 2017, Europe represented 49% of the global income, Asia/Pacific 29%, Latin America 10%, North America 6%, Middle East 4% and Africa 2.4%.

For global marine premium by line of business, cargo continued to represent the largest share with 57% in 2017, hull 24%, offshore energy 12% and marine liability (other than P&I) 7%.

Premium income for marine cargo insurance was estimated at USD 16.1 billion for 2017, representing a 6% increase on the 2016 result. Cargo was the only line with an actual increase in volume and, consequently, its relative share of the overall global premium. However, it must be noted that this increase in absolute numbers was the result of an upswing in trade in combination with exchange rate fluctuations (which affect cargo premiums more strongly than other sectors).

2014-2016 showed an extraordinary increase in loss ratios, primarily caused by the impact of outlier and nat-cat losses. Seen in the context of increasing accumulation exposure and climate change, this might indicate a “new normal”.

2017 continues this recent trend and is expected to be affected more than average due to a number of nat-cat events including hurricanes, the Mexican earthquake, flooding in Bangladesh and the Californian wildfires. Underwriting year results always deteriorate due to the lag in registering and paying claims. When all claims attaching to the 2017 underwriting year are known, a final gross loss ratio of around 80% is likely to be reported.

Of special concern is the increasing risk of a large event loss (either nat-cat or man-made) in the cargo sector due to increasing value accumulations on single sites or vessels, in combination with stronger nat-cat impact.

An increasing proportion of cargo premiums are associated with stock exposure rather than transit exposure.

The hull sector recorded a global underwriting income of USD 6.9 billion representing a decrease of 2.3% on the 2016 result. Exchange rates exert less influence on the hull market due to the global nature of the hull portfolio. The downward trend in global hull premiums appears more severe when compared against world fleet numbers and vessel values. Whilst the global fleet continues to grow in numbers and in average vessel sizes, the average insured values have reduced year-on-year since the financial crash of 2008. This, together with depressed freight rates, is affecting overall premium income. 2017 saw a slight rally in vessel values in the bulk market and 2018 is likely to see values increase for the offshore fleet but, in the main, IUMI’s figures show an increasing mismatch between fleet growth and premium income.

There continues to be a long-term downward trend in the frequency of hull claims in general and for total losses specifically. The frequency of total losses seems to have reached its possible minimum with a recent fluctuation between 0.05% – 0.1%. The reduction in vessel values increases the probability of constructive total losses as the cost of repair is more likely to exceed an accepted percentage of the reduced vessel value.

Major losses have not significantly impacted the sector for some years, but as the annual statistics released by The Nordic Association of Marine Insurers (Cefor) in April 2018 illustrate, the most costly 1% of all claims account for a minimum of 30% of the total claims cost in any given year. Moreover, the risk of a single major loss incurring unprecedented cost remains significant in light of larger and more sophisticated vessels entering the market and new, more risky trading areas such as polar waters being exploited.

In short, despite a recently benign claims environment – except hurricane damage on yachts – the rise in loss ratios clearly shows an increasing gap between a declining income and expected claims cost, even without the impact of costly major losses. This is a significant cause for concern.

Global premiums for the offshore energy sector reached USD 3.5 billion in 2017 representing a 5% reduction on 2016. It should be noted that the reduction from 2016 to 2015 reached a massive 21%. The majority of business in this sector is transacted in US dollars and so exchange rate fluctuations have very little impact. The strong decrease in income from 2014 driven by the falling oil price now appears to be flattening out as the oil price begins to rally.

Losses in this sector, particularly from hurricanes, have been modest in recent years with 2017 recording just two upstream losses valued at more than USD 1 million.

“The modest increase in absolute global premium income does not reflect any actual market development. When taking all factors into account which influence both income and cost, we see a contrary picture. The hull sector remains a serious concern for our business and underlines the need for robust risk evaluation. Static or reduced global premium income in all our sectors coupled with a growing overall risk profile is a concern for marine underwriters worldwide.

On a positive note, we are experiencing accelerating trade growth and a general improvement in several frame conditions for the marine insurance business. The oil price is equally on the rise again and encouraging renewed activity in the offshore energy sector. But against this, the potential impact of changing economic and political frameworks does, undoubtedly, create uncertainty.”

IUMI’s total world-wide premium includes data from all relevant marine insurance markets including Asia, Latin America and Africa. Care should be taken when making comparisons with earlier figures as data coverage varies in different years and a number of figures will be updated retrospectively. Similarly, “global” loss ratios for hull, energy and cargo do not encompass all regions, and underwriting year results do develop over a couple of years due to a time lag in claims reporting and payments. Since 2017, IUMI has been able to show accounting year loss ratios originating from major Asian and Latin American markets, in addition to the underwriting year loss ratios reported from primarily major European marine insurance markets. When interpreting statistics, caution should always be applied regarding what the data actually relates to.

IUMI stresses that all figures released by IUMI’s Facts and Figures Committee are global market sums or averages. While these reflect the average performance of the marine insurance market, individual companies’ or countries’ results may differ substantially. As with all averages, individual underwriting units may over or underperform compared with the average. IUMI does not make any statements about what actual applied premium rates were or should be. The aim of IUMI is solely to provide data as available and raise awareness for the importance of a critical evaluation of the risks covered.

The full presentation is available to download from www.iumi.com