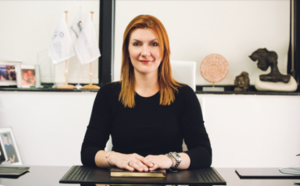 “WISTA International has had a strong relationship with Portugal’s women in shipping,” said WISTA International President Despina Panayiotou Theodosiou. “We are proud to formally include Portugal in the WISTA family. Portugal’s significance among maritime countries, especially in Europe, brings new avenues for business to WISTA, and increases the influence of WISTA worldwide.”
WISTA Portugal will provide several opportunities to its professional members by promoting the exchange of experiences and information, and to its research associates by sharing contacts stimulating a culture of continuous education and professional training in the maritime field. The overall aim of the Portuguese NWA is to be an instrument of participation, knowledge and intervention, a partner, for the promotion of Portugal’s “Blue Economy”. 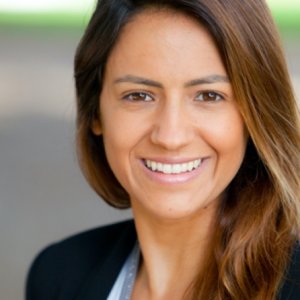 Carla Olival, President of the Management Board of WISTA Portugal,

Carla Olival, President of the Management Board of WISTA Portugal, attorney by profession, legal counsel with Euromar and managing director of Marítimos Manning Portugal, stated that she believes “that the exponential growth in tonnage of the Portuguese fleet in the last years, and the enormous potential to further grow, fully justifies the creation of an entity like WISTA Portugal. Our NWA will be an important tool for connecting Portuguese female professionals from the fields of merchant shipping and logistics to the global maritime network. The responsibility of leading such a project is both a long-awaited challenge, and an honor.”

Ana Paula Vitorino, Portugal’s Minister of the Sea, will serve as President of the Honorary Counsel of WISTA Portugal, and Lídia Sequeira, President of the Ports of Lisbon, Setúbal and Sesimbra will serve as an honorary member, which further states the significance of WISTA with decision makers and industry leaders of the country. Madam Minister stated that she is sure “that the creation of WISTA Portugal will give greater visibility to the work and the competencies of Portuguese women linked to the various activities of the Blue Economy, allowing for sharing of knowledge and experiences that will certainly enrich the companies they represent and the Country, contributing to the construction of more egalitarian and just societies”.
WISTA is an international networking organization for female executives in the shipping industry.  The association is comprised of 45 NWAs around the world and nearly 3,000 members. WISTA was approved for consultative status with the International Maritime Organization (IMO) in July 2018, providing the organization with a formal voice for supporting IMO work in a variety of areas.  WISTA works with a wide variety of global maritime and governmental bodies to support professional development, opportunities and networking for female executives in the maritime industry.
WISTA has welcomed several new National WISTA Associations this year in addition to WISTA Portugal, namely, WISTA Panama, WISTA Peru, WISTA Venezuela, WISTA Uruguay, and WISTA Japan.  National WISTA Associations are formed in individual countries in accordance with the laws and regulations of the country. To launch a National WISTA Association, the association must file appropriate paperwork in the home country, have at least ten members in management positions and pay annual fees to WISTA International. WISTA Panama was previously deactivated due to a decrease in membership.  The 2018 WISTA Annual General Meeting and International Conference will be hosted by WISTA Norway in October 2018. Regional conferences are held throughout the year.
For more information about WISTA International, please visit www.wista.net.
WISTA IntrenationalWISTA Portugal
0 comment
0
FacebookTwitterLinkedinEmail