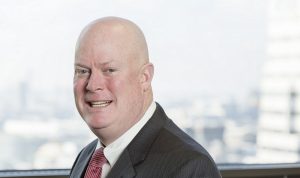 On Tuesday 18 September – Sean Dalton, the International Union of Marine Insurance (IUMI) Cargo Committee Chair reported that the marine cargo market remained the largest commercial marine line of business in terms of premium income. IUMI’s 2017 statistics showed global cargo premiums amounting to US$16.1 billion. Globally, the cargo line has been unprofitable for several years with rising loss ratios and expense ratios and this is of great concern to underwriters.

Speaking at IUMI’s annual conference in Cape Town, Dalton explained that growth in global merchandise trade was expected to remain strong in 2018 and 2019. Whilst this was positive for cargo marine insurers, continued growth was dependent on various factors, political and economic, and there were some serious concerns. An increasing number of countries were restricting or restraining international trade and this was creating a protectionist operating environment.

2017 was the worst year for natural catastrophe losses in the history of the insurance industry. Hurricanes Harvey, Irma and Maria all caused cargo losses particularly with an increase in static risk cover. Sean Dalton explains:

“The cargo insurance market is starting to firm but it still has a way to go. Many cargo accounts were severely affected by events in 2017; and 2018 looks set to be another very active year.”

“Nat-cats and large/outlier losses, such as the Tianjin port explosion in 2016, have demonstrated the need for the cargo market to price realistically for such losses and develop risk adequate premiums.”

“Containership fires and the increasing occurrence of mis-declared cargoes is a worrying trend. The fire onboard Maersk Honam, which tragically killed five crew members, is the most recent example of this issue and the loss is likely to generate the largest general average claim in history. As vessels continue to grow larger, the accumulation of cargo values coupled with the increasing risk of onboard fires needs to be addressed urgently by all stakeholders.”

Cyber threats continue to concern cargo insurers, not only in terms of immediate damages but also because of potential disruption to the onwards supply chain. Supply chains will also be impacted by new, efficiency focused developments. These innovative initiatives have the potential to transform the global supply chain and will drive cargo underwriters to develop new products to manage this change. In addition, new inroads in big data and analytics hold the potential to provide cargo underwriters with better tools and capabilities to manage their business.