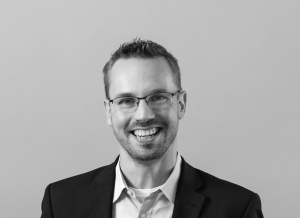 Gunnar Georgs, a maritime industry personality with impressive experience in Europe and Asia, is to be an Ambassador for the Executive MBA in Shipping and Logistics (the Blue MBA) with special responsibility for the German market. He will enhance the links of the world-renowned Copenhagen Business School venture with the extensive German maritime sector.

The German Shipowners’ Association (Verband Deutscher Reeder) alone has some 200 member- companies and is active in all the leading shipping organisations on a European and global basis.

Hamburg-based Gunnar Georgs has since 2008 been a leading executive in the port city with IRI International Registries GmbH, an arm of the maritime and corporate administration of the Marshall Islands. He has been an authorised officer of the company since 2012, and is regional manager covering Germany, Netherlands, Belgium, Denmark, Sweden, Finland and Poland

Much of his earlier career was with Hamburg-based FH Bertling, a major group with shipowning, chartering, transport logistics and IT specialities. As a competitive broker for container and dry cargo business his expertise was brought to bear on ship sale and purchase and newbuilding contracting.

At Bertling in 2006 Mr Georgs was seconded to build up its new Shanghai representative office, with newbuilding contracting, chartering and general business development.

Earlier that year, he was at Singapore FH Bertling Pte Singapore, overseeing chartering, business development and customer care, which followed a short spell in a similar role at Tokyo FH Bertling Logistics.

He entered the shipping industry with an internship with Hapag Lloyd, followed by an apprenticeship with Peter Döhle Schiffahrts KG where he went on to container chartering and post-fixture work for small vessels.

Mr Georgs joins an ambassadorial team dedicated to raising awareness of the key role of the Blue MBA programme in furthering the strategic capabilities of management in the maritime and associated industries. The ambassadors serve as leaders and liaison contacts for past, present and potential future alumni.

Since 2001, the Blue MBA, which has accreditations from top educational bodies, has graduated 243 students from more than 40 countries.  Mr Georgs successfully participated in the Blue MBA’s 2007-2009 programme. He has been a Fellow of the Institute of Chartered Shipbrokers since 2013.

Irene Rosberg, programme director for the Blue MBA, said: “Gunnar Georgs has a superb record of serving the shipping industry in many facets, and as one of our Ambassadors will heighten our relationships with businesses controlled from Germany.

“Hamburg has for many years hosted graduate events for us, and we enjoy excellent co-operation with shipowners and other maritime interests in the country.

“Together with our other Ambassadors, Gunnar will lend his valued energies to our ongoing pursuit of taking management education to the highest level,” said Ms Rosberg.

The highly-regarded MBA programme consists of eight modules taken mainly in Copenhagen, with one each in London and Hamburg. Participants, who hold senior rank in their companies or organisations, continue to fulfil their normal duties in addition to the challenging coursework, and graduate after completing the modules and a final master thesis.

The Blue MBA Class of 2019 entered its second year of study as from September 2018.

Vittoria Shipyard launches the “Rome-Moscow” tug for the Russian Federation