S&P Global Ratings, the world’s leading independent credit ratings provider, has affirmed its ‘A’ rating on the Britannia P&I Club.  It added that the outlook remains stable over the next three years based on its view that the Club’s current capital buffer well exceeds S&P’s ‘AAA’ level requirement.

S&P based its findings on Britannia’s extremely strong level of capitalization and its strong market position in the P&I mutual business, where it has “a track record of quality in its underwriting” and added that the Club “enjoys strong returns”.

The report also notes that with a five-year average net combined ratio (2014-2018) of 88.9%, Britannia’s operating performance has exceeded its long term break-even target and the peer average during this period.

The credit agency’s report recognises that the liquidity sources available to the Club are sound. In the event of major adverse claims development, it considers the Club to be well-positioned to meet any liquidity needs that may arise, largely due to the very strong credit quality of its bond portfolio, rating the Club’s liquidity as ‘exceptional’. 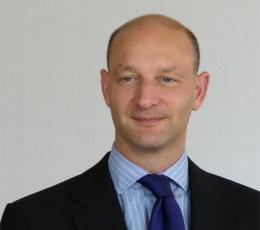 Commenting on the news, Andrew Cutler, CEO of the Club’s Managers, Tindall Riley (Britannia) Ltd, said the rating reflected one of Britannia’s core values of financial strength and well-articulated conservative risk tolerances across the organisation, which was to the benefit of its Members.

“This financial strength enabled us to return USD50 million of capital to our Members over the last two years.  In addition, we are continually investigating how we can further improve our service levels to Members and this year we have acquired businesses in Hong Kong and Singapore along with establishing new Exclusive Correspondents in Taiwan and Denmark, and are about to open in Greece very shortly,” he continued.

Responding to one of the most challenging years...