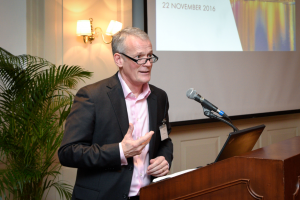 October 8, 2018 – North P&I Club has further strengthened its underwriting team to meet the evolving needs of its global membership, with the appointment of a new UK based underwriter combined with some operational changes to a number of senior underwriting roles.

Tom McLoughlin joined the team as an Underwriter last week, bringing with him a range of marine experience from his former roles with insurance brokers Marsh in London, and a significant tanker management company in Athens. Initially Tom will work across all of the regional teams as he settles into his new role with the Club.

Earlier in the year, Simon Main was recruited into the role of Technical Director, playing a key supporting role in the delivery of North’s diversified strategy.

Following changes in the Greek underwriting team over the summer, Newcastle-based Phil Eccleston is now the regional underwriting head for Greece. Phil joined the Club in 2006 and initially worked in the P&I claims department before relocating to North’s Piraeus office in 2008 as part of the local claims team. Phil then joined the underwriting department on his return to head office in 2010.  Savraj Mehta, North’s Global Director of Underwriting, said, “We are delighted to give Phil this opportunity to re-acquaint himself with our Greek membership and his many close contacts in that market.  We are confident that he will relish this opportunity to head the underwriting team in one of our most important markets.”

In July 2019, Mike Hustler will relocate to Singapore from North’s Newcastle upon Tyne headquarters to their Singapore office. As part of the 16-strong Singapore based team, this new role reflects the Club’s commitment to the development and growth of its membership across Asia Pacific. In this new role, Mike will work very closely with Emma Liddell who continues to underwrite for the Asia Pacific region from Newcastle.

Paul Jennings, North’s Chief Executive Officer, commented, “The new appointments and changes to roles within the underwriting team reflect North’s ongoing global investment in resources and capabilities to support the developing needs of our membership and enabling them to trade with confidence around the world. I would like to take this opportunity to welcome Tom to North and to wish Phil and Mike success in their new roles.”

Aderco shows the smart way to comply with IMO 2020