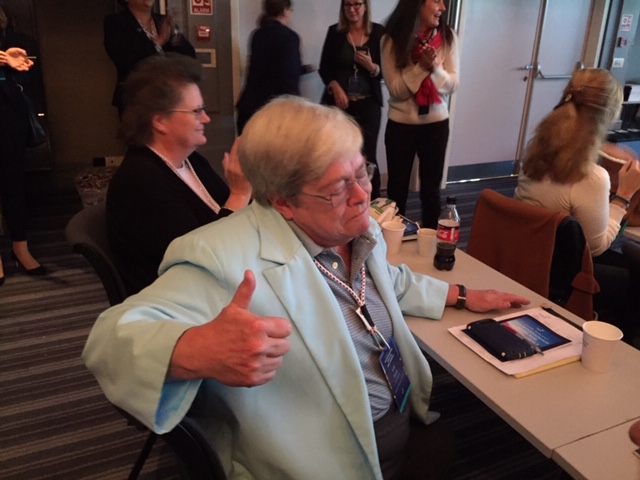 … the moment she heard the announcement

At a full house in Ishavet Conference Room at the Scandic Ishavhotel in Tromsø, Kathy Metcalf is announced as the winner of this year’s WISTA International Personality of the year!

A very touching moment as we managed to get this down to earth woman’s first reaction! She was warmly on a standing ovation applauded by the 350 strong audience; excellent!

Kathy is the President and Chief Executive Officer of Chamber of Shipping of America and an active WISTA USA Member. She is also a WISTA International Ambassador who spreads the good word of WISTA wherever she travels in the world, which is all over, based on the numerous international obligations she has as leader of the Chamber of Shipping of America. 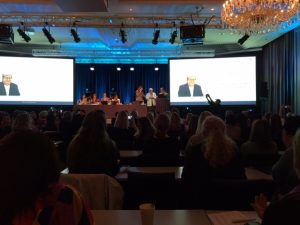 On stage receiving the award

Kathy has been in the maritime industry for over 40 years (as she often says, since her hair was brown), and she is an inspiration to us all. She took the helm as President and CEO of the Chamber of Shipping of America in January 2015.

Kathy has personally contributed to valuable change in the marine industry as it relates to diversity and the recognition of how women can positively impact organizations at all levels. She generously gives of her time to support WISTA initiatives, events, and our members.

Kathy is “a no-nonsense person with a great sense of humour who is capable of turning something many see as difficult and challenging into something positive and then sharing it as a learning tool. She paved the way for many women and is a true industry leader!” 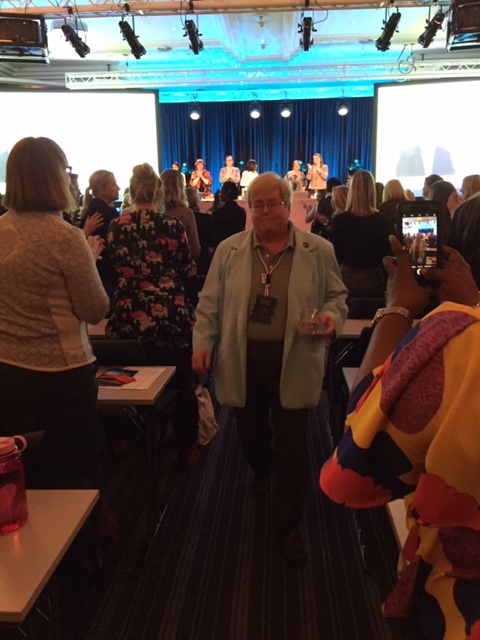 and holding the bear