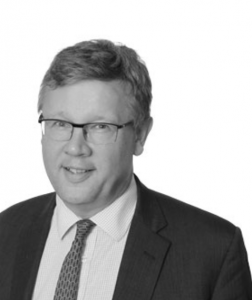 In Dalamd Limited v Butterworth Spengler Commercial Limited1, the Commercial Court looked at, among other things, causation issues arising in negligence claims against insurance brokers. Whilst the court found that the defendant had breached its duty to the claimant in several ways, there were serious questions as to whether those breaches had resulted in any loss to the claimant.

The claimant was the assignee of certain claims against the defendant insurance brokers but, for all intents and purposes, was the owner of an insured waste recycling facility in Cheshire (the “Facility”). There was a technical argument raised by defendant as to the efficacy of the assignment of the claims to the claimant, but this does not appear to have been pursued with any great enthusiasm at trial and the judge found in favour of the claimant. 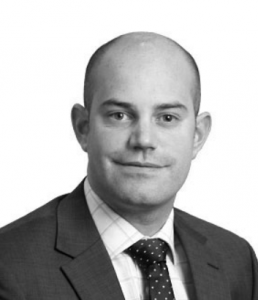 The defendant obtained several insurance policies on behalf of the claimant including property insurance with Aviva, which covered increased costs of working and debris removal but not loss of profits (the “Aviva Policy”), and contractors’ all risks cover with XL (the “XL Policy”).

The Facility suffered a catastrophic fire on 21 October 2012 which resulted in the destruction or subsequent demolition of all buildings on the site. The claimant made claims under both the Aviva and XL policies and cover was declined in both instances. The declinatures were made on the following basis:

The claimant appears to have accepted the declinatures of cover and instead pursued the defendant for alleged breaches of duty in failing to advise it on its duties of disclosure and the terms of the policies. A number of breaches of duty were alleged by the claimant and the Judge held that the defendant had breached its duty in the following ways:

The claimant also alleged that the defendant ought to have advised it to take out full business interruption cover and that the defendant failed to advise on the existence and full effect of the external storage condition. The Judge rejected both of these allegations.

The heart of the case related to causation and there were two main issues of law:

In relation to the first issue the Judge preferred the broker’s submissions. He found there was no authority supporting a proposition that an insured can recover in full against their broker in circumstances where it is only able to establish that the broker’s negligence has caused uncertainty or impairment in the recovery of the claim.

There is of course an established line of authority holding that in circumstances where an insured settles with its insurers but there is a shortfall on the headline claim as a result of the broker’s negligence giving rise to uncertainty, the insured may recover the shortfall from its broker on the basis of a reasonable settlement. However there is no authority for the proposition put forward by the claimant in this case where such settlement had not occurred. For one thing, the Judge held that such a proposition would give rise to the insured being able to pick and choose whether they sued their insurer, broker or both, in which case the only bar to recovering in full against the broker would be a defence of a failure to mitigate, a low threshold with the burden of proof on the broker. Thus the Judge held that where an insured establishes that a broker’s breach of duty gave rise to a defence to coverage for insurers, it must establish that defence would, on the balance of probabilities, have been successful had it been pursued to trial.

As to the second issue, the Judge held that the preponderance of authority was in favour of the defendant’s case and that the court ought first to decide whether on the balance of probabilities the alternative grounds for declining cover (i.e. those which did not result from the broker’s negligence) would have succeeded had they been pursued to trial. There was a secondary question as to whether, on the loss of a chance basis, insurers would have pursued that defence under the hypothetical policy or, if so, would have settled. If there was a chance they would not, the insured may then be entitled to recover damages on the loss of a chance basis, even if the defence would have succeeded.

On the basis of his findings on the approach to causation, the Judge held that the claimant was not entitled to a recovery in relation to Aviva’s declinature of cover since (a) Aviva’s defence based on a breach of the external storage condition would on the balance of probabilities have been successful and (b) Aviva would have pursued this defence in the absence of a non-disclosure defence. However he found in favour of the claimant in relation to the XL policy, finding that XL’s non-disclosure defence would have been successful if pursued to trial, but that XL had no other grounds for non-disclosure and would have been unlikely to seek to avoid the policy on any such grounds but for the defendant’s negligence.

A well advised insured facing a coverage issue involving its broker’s negligence will usually proceed against both insurer and broker. If not, and the insured proceeds first unsuccessfully against the insurer, the insured not only faces further costs and delay, but also the risk of inconsistent findings in the two actions producing no recovery at all. The first action’s findings are not strictly binding in the second action, albeit findings of fact will be of evidential value and legal findings will at least be influential. From a strategic perspective, proceeding against both also usually allows the insured to sit back and invite the insurers/broker to sort settlement as between them on the basis it will recover in full from one or other, which recovery will pick up the costs of the action against both. There may be circumstances, particularly in the reinsurance market, where a combined action proves impossible due to the existence of an arbitration agreement – which is why well advised cedants in particular will include in broker TOBAs an ability to force the broker to arbitrate in such situation.

The insured does however have another string to its bow as against its broker. One might have thought that it would be open to a broker facing a claim for a shortfall following a settlement as between insured and insurer, to be able to argue it has caused no loss as the insurer’s coverage arguments were incorrect, and thus it is the insured’s own settlement which has caused its loss. Indeed, those were the findings at first instance in FNCB v Barnet Devanney2. Unfortunately for brokers, the Court of Appeal in that case found that the broker had negligently created a coverage issue causing the settlement and shortfall, and recoverable on the basis the settlement was reasonable. While that decision is open to question, it now appears firmly entrenched in English insurance law. It is difficult to find any case where a Court has found that a settlement has been unreasonable, particularly when effected on the basis of legal advice.

As a result of the position on reasonable settlements, an insured with a strong case against an insurer may find its potentially negligent broker willing to pay its claim and continue the action against the insurer (whether in the insured’s name or, less commonly, by assignment), or to agree to indemnify the insured in the event of lack of success as against the insurer. If the broker does not adopt this approach, it is limited to seeking to protect itself on the risk of settlement through the creation of open correspondence, or possibly independent legal opinion, to the effect the case against insurers will be successful.

What then of the position where the insurers also have a good coverage defence on a matter on which the finger cannot be pointed at the broker and where the claim is being brought against the broker alone? Again the broker has historically been in a weaker position than may be expected, the issue being resolved on a “loss of a chance” basis, with the broker able to adduce evidence on the approach the insurer would have adopted or did adopt in relation to the particular defence.

Dalamd does however provide some limited relief to brokers. First, the Court rejected the somewhat bold submission that an insured could simply proceed against a broker on the basis it had put coverage into question, with the broker’s only defence thereafter being one of mitigation of loss. Secondly, and perhaps more importantly, it has found in relation to another coverage defence for which the broker is not responsible, that the issue of whether such coverage defence existed is first to be resolved as a matter of law/on the balance of probabilities in relation to factual matters rather than added to the mix on the question of loss of a chance (adopting a different approach to the first instance decision in O & R Jewellers v Terry3). The broker is, perhaps to a limited extent, in a better position as a result on this aspect. All of this does of course assume the action against the broker is not proceeding on the basis of a prior reasonable settlement with the insurer.

For more information, please contact the authors of this briefing:

GEODIS awarded “2018 Logistics Player of the Year” in Italy