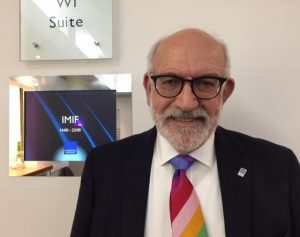 The Capes lost 63 points with the BCI now standing at  1,398 points – another threshold was lost and below the 1,400 points. The shipping industry wonders if the drop in the index – affecting also the other indices, has to do with the train derailment in Western Australia’s Pilbara region. All wonder as they say that there should have been a sort of parallel line or an immediate mobilisation to clear up the mess… Liabilities emanating from this incident are here and somebody has to pay! We are all awaiting the investigation and verify if this was a deliberate train derailment! Let’s hope all to be back in order so Port Hedland in particular, continues to operate as usual.

The Panamaxes clinched one point with the BPI now at 1,496; a good sign?

The Supras fell below the 1,000 points threshold after losing nine points with the BSI now reading 994! Caution!

The Handies too had some hiccups after losing two points with the BHSI now standing at 654 points.

All in all a downwards Dry Market and obviously there is a credit crunch worldwide vis-à-vis cargo demand and transport. Add the Australian derailment and see what you get! The gap though, and this is what counts most, from the end of December 2013  widens; it now stands at 1,122 (2,247 minus 1,125)…

The Wets continued their ups and downs with the last published BDTI  (Dirties) and BCTI (Cleans) standing at 1,092  – minus five points and approaching a dangerous zone, that of the 1,000 points barrier and 652 – plus 18 points respectively…

The WTI stood at US$ 59.95 with “intention” to fall further… Wonder if there is going to be an appropriate rebalancing of the oil market…

Shipping today operates in a very fragmented market and their is a need for changes if we wish to see this sector flourish again! The Environmental issue beyond 2020 and in general the ownership part of shipping is changing. Expect major developments evolving through wars – on the field as well as economic ones!

The Geopolitical situation remains very serious as, besides being enigmatic and perplexed, there is an oxymoron which governs Planet Ocean today.

The Migrants – with more losing their lives and more and more and more set the course of caravans heading to better and safe pastures. It is of course a political issue and it remains to be seen, very soon, the catastrophe of our societies with the effect on the social cohesion – in Europe particularly this takes despicable dimensions.

The entire region from Gib to Afghanistan and from the Caucuses to the Horn of Africa is on fire to all intents and purposes – the Wars in Syria and Iraq, the Turkish aggression, Cyprus being bullied as well as Greece and the Balkans, the Greek sagas – internally as well as externally, Italy which already causes tremors – let’s see how the budget issue ends up, BREXIT threatening too many issues…

The USA trying to maintain its global dominance amid a bankrupt Planet Ocean, South and Latin America in tatters on all fronts… Africa still in a mess… too much poverty, luck of electricity and a continent where proxy wars of the superpowers take place – and will take place…  China trying the big breakthrough and working on the new silk road – a very difficult project in my humble view… Japan closely watching and India willing to be part of the mega business and transport mayhem given its needs and the population… Add Putin’s Russia with an appetite to become the number one superpower and see what you get.

On another tone and note, the IMIF & Maritime London’s 43rd Annual Dinner was more than a splash. A keynote speech by the very eloquent Nusrat Ghani MP,  Parliamentary Under-Secretary of State at the Department for Transport responsible for Shipping, and Assistant Government Whip:   Nusrat Ghani IMIF Maritime London speech 12112018 . She’s always at the forefront of these events and she left a legacy during Posidonia 2018 with an exceptional speech at the UK’s Ambassador’s residence promoting Maritime London and its unique and unparalleled shipping services. She delivered a similar speech and was warmly applauded by all present!

Prior to the evening event at Radisson Blu’s auditorium, a pre-dinner seminar was held on two very important points: “London as a Centre for Marine Capital ” and “Marine Automation, Technology and the City”.

A full house at Devonshire Suite with all of the Square Mile’s shipping stakeholders who heard the views from experts in their respective fields with over 12 questions and three position statements – a great participation from women, most of them being WISTA-UK members.

The first panel had in my view a very difficult task as since the banking and shipping crisis of 2008 the provision of shipfinance has become increasingly diverse within the  global shipping markets. A major decline in European based bank lending and the rise of Chinese leasing and lending institutions with the main deals now happening with the entrance of companies – if they are lucky, in the stock markets – USA, UK and Scandinavia and via funds – which want and look for quick profits, a situation that in my view is a mid-summers night dream given the state of the markets, will lead to difficult situations. Add the IMO’s commitment to reduce – cannot cut, emissions by at least 50 centum by 2050 and the relentless march for automation, as same is expected for a  call for investment and same  will become more intense. Can London play a pivotal role as a centre for shipping capital within this fast-changing landscape?

Dipak Karki, the head of Financial Advisory & Capital at Galbraith’s  was brief mentioning the famous forty years of negotiations and a good reference to state subsidies. Good points from a former banker and now in a major shipbroking firm. With 17 years experience at the Royal Bank of Scotland he has seen almost everything!

Tony Foster, CEO, founder and CII of Marine Capital delivered a lively and to the point slides presentation: “Marine Capital on marine capital.” Forty centum of his presentation was on the pollution of ships to the environment… We keep one of his slides which says amongst others  “One of the world’s most polluting industries has two years to clean up – and it’s woefully unprepared”. He received many questions… I guess he must deliver his speech again so we can engage him in many discussions as time was of essence…

Michael Parker, global head for shipping, logistics and offshore industries at Citigroup, who has more or less predicted what has happened, was very brief and in many cases he appropriately intervened…

Christoph Toepher, founder and CEO of Australis Maritime , the  youngest of all speakers was optimistic and pragmatic on the situation; time though will tell if his views apply to all or to the exceptional few in the industry!

At the second panel, whose task was to verify if there has been much discourse on the physical implications of automation in shipping,  we  also had interesting presentations.

From the North of England P&I Club’s Claims department, Adrian Durkin – whom we heard last year in Greece during his excellent presentation on the GDPR compliance, delivered an excellent speech with very good points on cyber security!

He was followed by James  Fanshawe CBE , Chairman of the Marine Autonomous Systems, Regulatory Working Group (MASRWG); His excellent slides presentation  was titled: “Maritime Autonomous  Surface Ship and UK activities  and regulatory update”. He was in full control of the entire subject and gave us an interesting overview, summarised as follows:

2018 has been a year of exponential growth in the development of MASS (Maritime Autonomous Surface Ship) across the globe;

Technological advances in the design and production of MASS and the operational capabilities and sensors are exciting;

IMO formed the MASS Working and Correspondence Group in May 2018 and these groups will be making their first reports at MSC 100 in December 2018;

The group will establish a framework and plan of work  for the regulatory scoping exercise, including a) aims and objectives, methodology; instruments; type and size of ships; provisional definitions b) different types and concepts of autonomy, automation, operations and manning to be considered. c) significantly they will consider the need to establish a mechanism for sharing information and lessons learned and liaise with other international organisations…

MASS and UUV/ROV are, in the main, relatively small vessels (i.e. Sub-SOLAS) today…

Whilst the regulatory work has now stated, there is much activity in the development and operation of those MASS already working around the world in a variety of maritime sectors including:

Meanwhile, research and development is well underway for much larger commercial vessels

At the same time, there is a rise in the potential for interoperability between Autonomous Systems above, on and below the waves.

He then told us the AutoNaut at Ocean Cleanup in the Pacific, the Sea-Kit in Shell Ocean Discovery XPRIZE and on the Metal Shark and  ASV Global SHARKTECH all in one slide, a very comprehensive and brief statement.

He ended with the UK Industry Codes  announcing also that tomorrow the 13th of November 2018 the UK MASRWG will be publishing version 2 of their Code of Practice which will particularly cover the subjects of identification; registration; demonstration and test areas in UK waters; and training skills and qualifications. His last slide was on the Current UK MAS Test and Evaluation Sites. Excellent!

The last speaker who was the younger of all was Tom White, lead specialist – Innovation at Lloyd’s Register. A brief but well prepared slides presentation Tom White referred  Lloyd’s Register Digital Ships; in a nutshell he said: “Increasing interest in maritime autonomy and remote access/control technologies is a specific example of larger technological changes we are currently seeing in the maritime industry. Essential to the successful and safe adoption of these technologies is that robust use cases are established, for example to improve navigational safety or operational costs of marine assets. Autonomous systems will also provide opportunities for skilled seafarers to focus on what they do best, and gain new and useful skills for the industry. Lloyd’s Register believes that as a potentially revolutionary development in the industry, collaboration will be key, between technology providers and all maritime stakeholders.”

More questions followed and I can assure you  we could have spend the entire evening there.  As  said above there mostly women asking questions, amongst them Sue Terpilowski WISTA-UK president, Deborah Finch for the International Underwriting Association, Tania Tomic from indicate.digital… Good and encouraging points/statement from Lord Montevans, the chairman of Maritime London who said that “… the unprecedented cooperation underway between the shipping industry’s stakeholders and the British government will result in the publication of a new Maritime 2050 Strategy report next January.” This report follows the one of Maritime Growth Study that was chaired by Lord Mountevans and published back in 2015. Martin Stopford too made his points. A sort statement from Harry Theochari  – partner at the international law firm Norton Rose Fulbright, who is also the vice chairman of Maritime London and as of next month he takes on as chairman of Maritime UK .“You don’t get far without government support,”  he said as the rise of competing maritime hubs like Singapore has shown…  Finally there was  an encouraging message from JOS Standerwick, the CEO of Maritime London that London will increase its dominance in the maritime field in its entirety!.

That’s all for tonight, have a good rest and continue to be on guard from actions emanating by Pirates, Terrorists and any Criminal whatsoever wherever you are on Planet Ocean.