After the controversial Withdrawal Agreement, what next for Brexit? 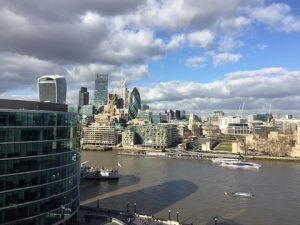 Eurobank Research: After the controversial Withdrawal Agreement, what next for Brexit? (21 November, 2018)

The draft Withdrawal Agreement on a technical level sealed between the UK government and
the EU27 on 13 November regarding the terms of the Brexit divorce, was supposed to be a right step towards the UK’s orderly exit from the European Union (EU), planned for 30 March 2019.

However, fierce opposition to that agreement from all quarters of the UK political spectrum and
the resignation of some of the most prominent cabinet ministers, not least the Brexit Secretary
himself, made clear that there is still a long and bumpy road ahead in order to avoid a highly
disruptive hard, disorderly Brexit.

Political risks have increased. Resignations within the Conservative Party threaten PM Theresa
May’s leadership while displeasure or even outright opposition from various political parties,
put at risk the ratification process of the Withdrawal Agreement.

In what follows, we outline some of the key elements of the Withdrawal Agreement presented
in the 585-page long document released on November 14, including the highly contentious
issues.

Viewers can read the full report herebelow: After the controversial Withdrawal Agreement, what next for Brexit