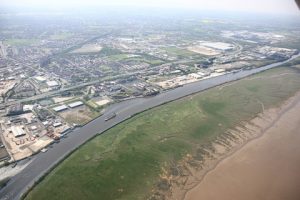 The future of one of Liverpool’s most significant historic vessels has been safeguarded for the next three years thanks to a £75,000 donation from Peel Ports.

The Daniel Adamson Preservation Society (DAPS) – the volunteer group which led the £5m restoration project of the ‘Daniel Adamson’ Steam tug-tender – will benefit from an investment from the port operator towards a long-term legacy project committed to teaching others about the vessel and its rich ties to the area.

Affectionately known as the ‘Danny’, the vessel is the oldest surviving steam-powered tug to be built on the Mersey, and was originally designed to tow long strings of barges from the inland towns of Cheshire and convey cargo to and from the Potteries to the Port of Liverpool.

Built in 1903 at the site of the Cammell Laird shipyard, the Danny was acquired by the Manchester Ship Canal Company in 1921 and used to transport visiting VIPs around Manchester’s famous inland docks and along the ship canal. 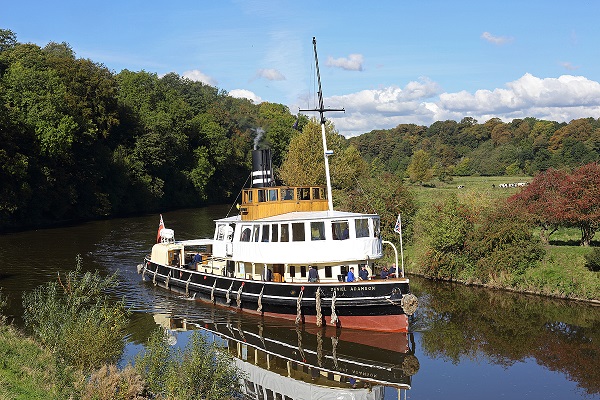 Mark Whitworth, CEO of Peel Ports said: “We’re committed to playing our part in preserving and promoting the important local maritime heritage that has played such a significant role in shaping the region to what it is today.

“As we prepare to celebrate the 125th anniversary of the Manchester Ship Canal, investing in the legacy of the Daniel Adamson is a fitting way of remembering the ship canal’s founding father and the company’s first chairman.” 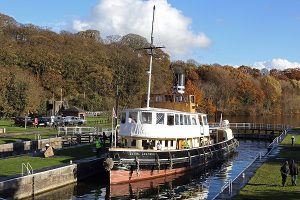 The vessel was earmarked for scrap in 2004, at which point the Daniel Adamson Preservation Society was formed.

Its chairman Dan Cross said: “Ensuring the Daniel Adamson becomes a long-term legacy project is of the utmost importance to our board of Trustees, myself and all of our volunteers and supporters.

“We want to guarantee the ship’s long-term future and continue the education and community outreach work we are so successfully carrying out, so we’re absolutely delighted that Peel Ports’ donation is allowing us to do that.

“This assistance, combined with the on-going operational support offered by Peel Ports, such as mooring and access, offers huge support and comfort to our team while we concentrate on connecting the Daniel Adamson with as many people as possible.”