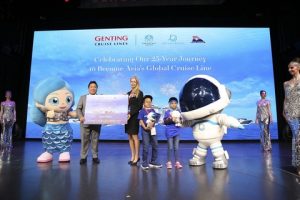 Singapore, 14 December 2018 – Genting Cruise Lines celebrated its silver anniversary with a special event held on board Genting Dream in Singapore on 14 December to commemorate the very first sailing of Langkapuri Star Aquarius from Singapore in 1993, beginning 25 years of supporting Singapore to become the premier cruise hub in Asia, handling the most international passengers in Asia. 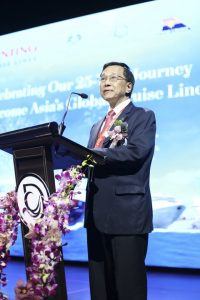 Originally founded a quarter of a century ago as Star Cruises, Genting Cruise Lines has been an integral force in establishing the ASEAN as an important region and introducing innovative ships designed specifically for the more relaxed Asian cruise market where guests can enjoy a variety of leisure activities and dining options unrestricted by the rigid schedules commonly found on other cruise ships.

More details are available in the attached releases in English and Simplified Chinese. The speeches of Tan Sri Lim Kok Thay, Chairman and Chief Executive Officer, Genting Hong Kong and Mr Chee Hong Tat, Senior Minister of State for Ministry of Trade and Industry and Ministry of Education, Singapore are also attached.

Women in Shipping: Navigating to the Top

A ‘she-cession’ hurts us all, Roadmapping the transition...