The Silent Killer is the Big Picture 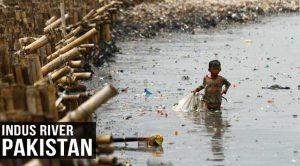 “The support we are getting is amazing from our families and from fans all over the world. We are trying to break records but the big picture is that this is a media event to get attention for a greater cause,” commented Patrick Bol via satellite phone. “ Mankind has discarded plastic and let it float away out of sight from our rivers into the oceans, and there is no apparent ownership of this issue. We have not seen many plastic bottles during the row but plastic in our oceans is a silent killer, it gets broken down into micro-plastics which gets into the food chain.” 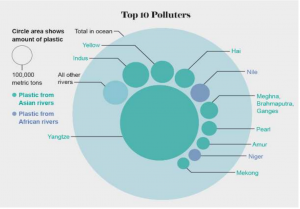 Patrick Bol explains his project for 2019 with Row4Ocean head sponsor Van Oord to clean up the Indus River, Pakistan.

“Row4Ocean is creating awareness for plastic in our ocean, encouraged by our sponsors including Van Oord, I want to make a tangible project in Pakistan, which is a forgotten corner of the world in respect of environment. What I would like to do is to clean up a section of the Indus River, the second most polluting river for plastic in the world, an estimated 138,000 tons of plastic flows into the Arabian Sea every year. This can not go on and we have to do something. We will speak with the new Government in Pakistan, and set up re-cycling plants near Karachi. Our intention is to mobilise our sponsor Van Oord with a smart solution to sieve the plastic out of the river, and make produce out of the material, and create a viable value chain.”

Row4Ocean is raising awareness of plastic pollution in our oceans. According to reports, 8 billion kilos of plastic are dumped into the ocean every year, that’s a staggering 22,000,000 kilos of plastic every day; 900,000 kilos of plastic per hour; the equivalent of 60 container loads each weighing 15 tons. No wonder our beaches are covered in plastic debris. The problem will be with us for generations. Over the course of time the sun breaks down plastic into micro plastics. Fish and other marine life end up with plastic in their digestive system, which eventually makes it into the human food chain. 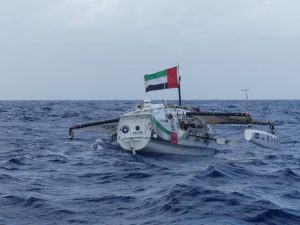 Row4Ocean is expected to be under 1000 miles to go at midnight on New Year’s Day (UTC). (Nick Leggatt/ Row4Ocean)

One thousand miles into the Atlantic Ocean, the four-man team rowing ‘Year of Zayed’ has been creeping further north aiming for a waypoint given by weather routing sponsor StormGeo. It has been tough going for over six days, with the wind and waves not in an ideal position. At midnight when Row4Ocean waved goodbye to 2018 and welcomed in 2019, they finally started to turn their bow towards the west. The wind and waves are now more or less in a better position but the team are still expecting to have a counter current for about 24 hours, after that Row4Ocean should start to feel the effects of the positive Guyana Current, pushing them towards the finish. The next big milestone will be cracking the 1000 miles to go, which is expected to be reached at around midnight on New Year’s Day (UTC). 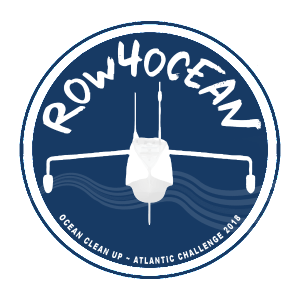