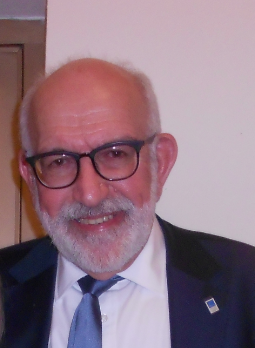 The BDI (Baltic Dry Index) fall was very much contained, thanks once again to the volatile Capes. The New Year as we believe might begin when the Far East and mainly Japan begin to kick-off. Geopolitics as ever messy. John Faraclas’  daily and …Festive Season’s recaps:

All in all a downwards Market and we sincerely hope to see same on an upwards trend as we are five years below the 2,000 points in the Dry Markets and this affects the Wets too!

In our humble view we are entering the second decade confronting the perfect storm and we have witnessed excesses vis-à-vis losses. On top of anything else there isn’t shipfinance available as it used to be and 95 centum of the Funds are totally ignorant and shipping is becoming day by day Shipping for the very very very few. Even an all-out war, a conflagration in many regions on Planet Ocean must be beyond Armageddon to see the industry flourish. Cynical but true, our thoughts, plans and projections have been so far verbatim right!

The Environmental issues will bother the entire shipping industry but there is too much hype!! Let’s see what will happen in 2020… Watch-out Arctic Shipping….

The Stock Markets continue to be volatile and you need patience and exceptional skills to avoid disasters. Wonder who knows of Fortune Selling and not Fortune Telling! Its the same with the distinction between Managers and Leaders!

Geopolitics too will become a catalyst together with energy issues and will definitely affect the entire shipping industry in a multitude of ways. There is another choppy decade ahead! Brace for extraordinary developments on all fronts. Let’s see who will control Planet Ocean’s Dire Straits! Can the Chinese New Silk Road / Belt work? What’s Beijing’s appetite for Taiwan? 2019 is the year of the Pig and according to facts – which please try to find and double check them, diplomacy takes the back set meaning that leaders might take the law in their own hands….

The current Geopolitical issues and forthcoming mess will be on:

The Migrants – as you can see and from what evolves is NOT the priority of politicians; save Donald Trump… All the others and especially Frau Merkel are under the influence of Dionysus or somebody invisible implies his terms so the world clashes because of the Migrants. SHAME!!! Expect a messy outcome with the MIGRANTS. Seeing migrants land in the south of England with over 520 incidents and the 10 Iranians’ saga, just see for yourself what’s going to happen !!

The Global Financial Debt of US$ 250 trillion is indeed the stumbling block for real development and improving life on Planet Ocean.  Planet Ocean needs returning and living within its means; end of the story! There has been a financial abuse of money lending and money “laundering”; CAUTION.- Add the cyber warfare and see what you get!  Expect a fall out in the Markets and shipping markets will be affected by some bubbles…

Monetary aspects with the US Dollar, the Euro, the Pound Sterling, the Chinese yuan as well as the Japanese Yen will keep us busy…

ETHICS should be the name of the game if, repeat if we wish to see a real change! Expect demos all over the world – the people had enough!

The faulty line from Gib (Gibraltar) to Afghanistan and from the Caucuses to the Horn of Africa with its epicentre being the Balkans, Black Sea, East Med and the entire Middle East will produce unprecedented tsunamis!

Greece is in a very difficult position with 300 non performing MPs – instead populism thrives. For both internal and external issues there is a way to solve them but certainly NOT with the current coalition partners. Let’s see on some crucial issues how the vote goes…

The EU is heading for elections and let’s see the changes in the European Parliament; May 2019 will be more than a crucial and decisive month and with a UK in a BREXIT jargon “mood” expect developments. BREXIT itself is more perplexed than originally envisaged and it is the EU – Brussels to blame for. Do they understand the RWA and RWAD positions / situations? I doubt it!

How the EU headed by Frau Merkel can solve even civil war situs in Southern Europe? And what about Catalonia that for the time being sounds cool… eh!

If Europe is to survive NEEDS CONVERGENCE; end of the story!

Italy and its people MUST work hard to overcome the colossal debts – same applies for Germany, France – the Yellow vests ae ready for tomorrow for another round  and the United Kingdom; all four economies are in red between US$ 2 and 2.8 trillion!

In the USA the Pelosi comeback already makes waves. The Shutdown will bother president Trump and his presidency as from now on will be closely monitored by Pelosi et al… Watch this space. The US Dollar will be under severe pressure with the Euro!

Russian involvement in the US presidential election and other issues will come to the fore and expect high level investigations to take place. The tit for tat diplomatic mess will continue with the USA and its allies with Russia at an increased rate.

The Trade War between the USA and China will continue; it is time the Chinese stop dubious trade practices and patterns as same will become a boomerang! I guess that here – I mean on this issue,  president Trump is right! The Chinese Bubble might burst and the repercussions will be incalculable; political and business ideology is one thing, reality yet another. As you all dead well know, success in business dealings requires not only daring, but also the need for adventure, humour and risks as well as many more elements. Does today’s China possess these elements?

In South America and especially in Brazil the new president Jair Bolsonaro will go for the big change; watch this space.

On another tone and note the 10th Anniversary Marine Money London Ship Finance Forum on Wednesday, 23 January 2019 will be the first major event of the year coinciding with the ten years of Global and Shipping Crisis; an event not to be missed!

Have a nice weekend and  remain on guard from actions emanating by Pirates – a bit of an increased activity lately, Terrorists – also on the up, Criminals – many issues hit the news and Business Hooligans with too many scandals…  Try to pause over the weekend and plan ahead as we believe we are in the eye of the Cyclone! Enjoy this weekend and the end of the Festive Season with the Eastern World’s (Slavs mainly) Christmas and New Year – time for change! Hopefully, for those believers, the Epiphany might be a ray of hope.