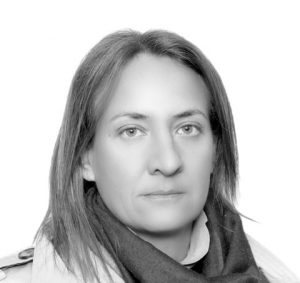 The problematic banking system in Greece is not a recent phenomenon.

It started in 2001 and was underlined in September 2008 with the financial collapse of Lehman Brothers in the US, which by then, led the economies of all developed and developing states into a financial “breakdown”, domino-fashion.

Since 2001, the Greek banks took advantage of the cheap euro lent by the German and French banks, so with the passage of time, it created a financial “hood” in Greece, which is revealed from at least 2010 and until today.
In 2018 the non-performing loans in the Greek banking system were adjusted to the amount exceeding the 120 billion euro, double the sum that crippled Lehman Brothers.

Result? In year 2010 although Greek banks were already facing with a continuously growing problem, meaning that the non-broken, borrowing of loans by borrowers and the extension of reduction of assets of banks, they stood completely indifferent, instead of restricting the massive lending with unfavourable terms or creating a “bad bank”, in order to “clear” their assets and advance to a more reliable assessment of loans granted.

The Greek Politicians, back then, knowing  the existence of the problem and in order to stem the effect of the banking “tsunami” pending,  voted Law 3869/2010, as modified, which will apply up to 28-02-2019. This Law protects the primary residence and if the borrower meets the criteria the law sets, it is leading to reduce the amount of loan.

The consequence was that the Greek banks shifted their responsibility, (which consists in knowing their constant and continuing reduction of their assets through massive and non- controllable loaning and not limiting the operating expenditure) to the Greek judges and tax-paying Greek citizens with the first recapitalisation (since then two recapitalisations have taken place and most probably another one follows).

Simply, the banking recapitalisation is to provide new capital with the form of share capital  for  the improvement of the balance sheet and the avoidance of bankruptcy . That is, when in a bank for display damages (liabilities), the share of capital (money having been offered by the owners) has dropped enough. Then to regain reliability and to continue to work and lend, its capital should be increased, raised again (recapitalisation).

On the Greek reality today, after the enforcement of capital controls on June 26 2015 (driving the questionable political decisions during the first semester of 2015), three recapitalisations and although the Hellenic Republic has put about 31 billion euros and controls approximately the 25% of the banking industry, on the other hand the individuals, who have put  12 billion euros, check the roll of 75%, with the “lion’s share” to going to hedge funds. After all, only those will meet in a country with such high financial and political risk..

In October 2018, Greek banks after their continuous negligence against the almost “derailed” non-performing loans (NPLs) problem, announced that they will provide in securities of non-served loans.

The reason for which a bank can provide for the issuance of bonds issued in its loans is to reduce and remove these loans from its portfolio (as know a bank’s loans are required and implied in their assets). Loans are served in long-term time limits, between the liquidity bank’s needs are successfully longer. The bank, in order to have the necessary liquidity, makes money from the sale of the bonds (of the titled derivatives of “loans”) to investors.

And specifically, it is known that it is on the way, the selection of the NPLs of high 7 billions euro which will be transferred from one of the four “systemic” banks to an  SPV of special purpose, with a view to continue the comprehensive procedures for titling them.

The multilaterality of these NPLs that will be the essence of the 7 bill euro is more of corporate portfolio and less than retail. So the NPL’S that will be the banking securitization (through the package of 7 billion euros), most probably they will relate to non-performing loans have given to small and medium-sized enterprises and also NPLs  which have given to very small enterprises. Logically, in the near future a package of non-simple housing loans (bonds which are not exclusively and only mortgage loans) is claimed.

And now two questions are raised:

1) If adopted bonds coming from the securitisation of NPL which 80% -85% incorporate these “red” professional loans together with other products, where will there be an investor to invest trusting that this product will perform???

When, from October 20 2018, the latest bank sell-off stock in the stock exchange, the UK funds Lansdowne Partners, Oceanwood Capital Management and Marshall wace have advanced the increase of their short possibilities in banking shares. Which investor should therefore buy one product (bond) that is problematic at 80% -85%??? It seems more rational that the investors will short those bonds and the situation will be completely derailed!!! Then, in what way, will the bank’s assets be improved, when the bonds will remain either shorted either “not sold”???

2) Isn’t it clear the way Lehman Brothers was bankrupted with exchanges listed at the half of Hellenic banks exposure? And that Michael Burry the manager of the hedge fund Scion Capital” had foreseen in 2005 the crisis on the US housing market and provided a short of the bonds of the banks incurred by non-performing housing loans at 80-85% one of those was and Lehman Brothers, which was ended at a financial fall at September 15 2008??

The subject is not for the banks to come up with a way (any way) to disburden of the above  increased NPLs, as well  as to be “clean” of their assets.

The issue is to find a sustainable solution in this problem. Because the banks obstructiveness in dealing with this problem caused them to lose all trace of reliability, making at this moment almost impossible to find investors which will place their trust on NPL securitisation, so there will be performed expectancy.

Since last fall Ioannis Stournaras, former Minister of Finance of the Hellenic Republic and currently the Administrator of the Central Bank of Greece has been in contact with the European Central Bank and ESM offering a variety of propable solutions, and tries, despite the constant and unjustified domestic political opposition he is receiving, to put in order the Greek banking system, so before the end of 2019 it will be beneficially «rebooted».

I believe he is going to be quite successful in that extremely difficult task.

(Disclaimer: the contents of this text is for information only and consists of personal opinion and in no way is an investment consultation, or subscription for participation or non-participation in any transaction. The author is not responsible for any investment or other decisions made on the basis of this information).