The Bulletin: The 100th Edition 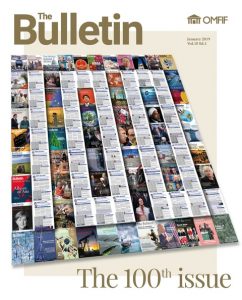 The 100th Edition of the OMFIF Bulletin

OMFIF was born on a wave of reﬂection that the good times couldn’t possibly last – because they only recently had come to an end. January 2010, the date of the ﬁrst of what has now become 100 monthly Bulletins, marked the onset of a long, halting recovery from the ﬁnancial crisis. The world gingerly edged forward, knowing that at each step it could fall down again.

Central banks have become more visible and more vulnerable. The 100th edition recognises the bittersweet realities of modern central banking. Eight serving and former central bank governors and deputy governors have contributed to this edition of the magazine, representing both major advanced economies and emerging powers around the world.

All our long-running themes are covered with the help of a cadre of writers from private sector financial institutions and multilateral organisations. We have articles on the rise of the renminbi, sustainable economics, impact investing and central banks’ gold-buying, to name but a few subjects.

For the 100th edition we have put on a display of economics pyrotechnics. Under the new quarterly format, the next Bulletin appears in April. We’re sure it will be worth the wait.

Key contributors to this edition of The Bulletin include: