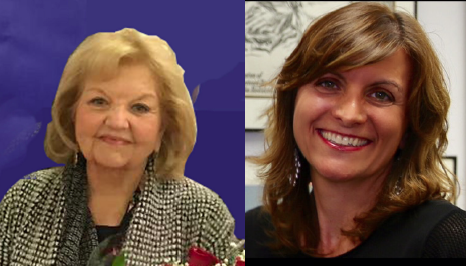 CRANFORD, NJ (January 16, 2019) –  The Containerization & Intermodal Institute has named Lisa LoManto Aurichio as Executive Director. She will assume the role held by Barbara Spector Yeninas, Executive Director since 1985, who has been named Senior Advisor. Michael J. DiVirgilio, CII President, made the announcement on behalf of the association’s volunteer board of directors.

Ms. Aurichio will continue her position as President of BSY Associates Inc., the international transportation marketing communications and special event agency founded by Yeninas in 1974 following a career as an award-winning maritime journalist. BSYA will continue as the CII secretariat.
Mr. DiVirgilio said: “Lisa Aurichio has shown her ability to carry on CII’s existing and future programs to meet the needs of our industry. From the early days when women were a rarity in our industry, Barbara managed our 58-year-old institute in good times and during the turbulent years of mergers, acquisitions and burgeoning growth through globalization, ensuring that our prestigious Connie Award, scholarship programs and education mission remained relevant and necessary in this 21st century.”
Said Barbara Yeninas: “When the appropriate succession plan was ensured, it was important that Lisa take over leadership of the nearly six-decade prominence of CII.” Ms. Aurichio began her career in the early 1990s with BSYA, where she worked for four years developing her skills in public relations and event planning. From there, she continued to build her marketing communications career, holding managerial titles at international organizations, including The Hertz Corporation, Shandwick Public Relations and Calvin Klein Cosmetics.
In 2012, Ms. Aurichio returned to BSY Associates, bringing with her nearly 20 years experience in public and media relations, marketing, merchandising, and event coordination and project management.
“Lisa returned to our company with proven leadership talents,” said Yeninas. “She was able to pick up where she left off—gaining an updated knowledge of the industries we serve with a good balance of handling clients, managing projects, the media and our professional staff.“
Said Lisa Aurichio: “I am looking forward to continuing the rewarding work CII has been doing for decades as it realizes its education mission and plays a role in grooming the future of the industry. It is an honor to work every day with the industry leaders on the CII board who are committed to the vision of the association.”
Ms. Aurichio will work in tandem with Ms. Yeninas, who remains as BSYA Chairman, to oversee and execute programs and projects for international trade and transportation leaders. She is a graduate of University of South Carolina and was awarded a master’s degree from William Paterson University in Communications. She resides in Bergen County, NJ with her family.
Yeninas, who received bachelor and master’s degrees from NYU, was awarded a CII Lifetime Achevement Award in 2009 and has been recognized with business and journalism awards over the years. She and her husband Joseph have two daughters and seven grandchildren. They live in Monmouth County, NJ.
BSY Associates Inc.CII (Containerization & Intermodal Institute)Institutes
0 comment
0
FacebookTwitterLinkedinEmail