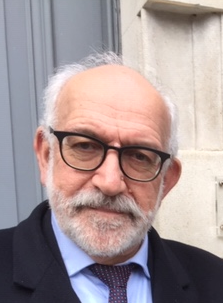 The BDI (Baltic Dry Index) lost 41 points earlier on today; Mrs. May survives a no confidence vote despite losing last night’s BREXIT vote with an unprecedented 432 – 202, a loss by 230… a disaster though turned to a success tonight with 325 vs 306 votes! Greek PM survives too but… John Faraclas’ brief market recap:

The Wets fell further; the last published BDTI (Dirties) and BCTI (Cleans)  stood at  920  minus five and 655 – minus four points respectively!

A red Market so to speak and wonder what’s next… Are we going to see a three-digit BDI? We are now 1,192 points below the end of Dec 2013 BDI mark which was standing at 2,247 points! Volatility though is the name and DNA of Capes…

The WTI ended up at US$52.31 – up 20 cents from last night’s closing… Once again we are worried as any nickel above the US$ 50 mark is a disaster for over 7 (seven) billions poor people on Planet Ocean!

Greece’s ruling party secures, even temporarily, a non –confidence vote, but situation is more than shameful! CAUTION and RESTRAIN is advised to all sides of Greece’s parliament but also to the public! 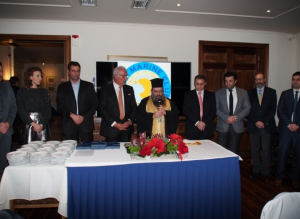 From the cutting of the Vassilopitta, The BOG of the Chios Maine Club; in the centre Metropolitan Markos of Chios, Oinoussai and Psara

On another tone and note,  the Festive Season continues and we had the Chios Marine Club’s Vassilopitta event at the Yacht Club of Greece. The Metropolitan of Chios, Oinoussai and Psara Markos officiated in a gathering attracting 170 members and honoured guests. The lucky punters, Emily Pitsilos-Papazis and George Chloros! Will revert soon with more photos and news. Vassilopittas’ events take place all over Planet Ocean – with the Greeks in Greece and all others abroad; noticeable is the fact that the Shipping community does over 150 major Vassilopitta events outside the borders of Greece. Its an event that non-Greeks enjoy most for its tradition and scope – the cutting process and distribution worth respect too. It’s also the beginning of the shipping’s business year and the lucky ones know this best..!

Swiss are collateral victim of Brexit, Global economic challenges in 2019