Naval ambition and rustic harmony: the art of members of Kiev Union of Artists 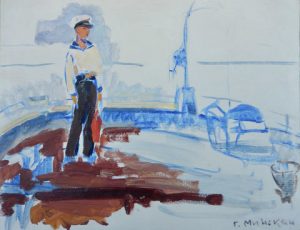 Naval ambition and rustic harmony: the art of members of Kiev Union of Artists

Posing a little nervously, the cadet stands solitary and proud on the deck of his ship, which presumably lies close to the Ukrainian shore of the Black Sea. He is perhaps secretly dreaming of assuming command of one of the newer cruisers of the Soviet navy. This is a painting from the 1960s in oil on board by the highly-regarded Grigori Minski. The perspective heightens the stature of the young man – this was a time when the Black Sea fleet had a geopolitical role as one of four naval divisions in the USSR military system. 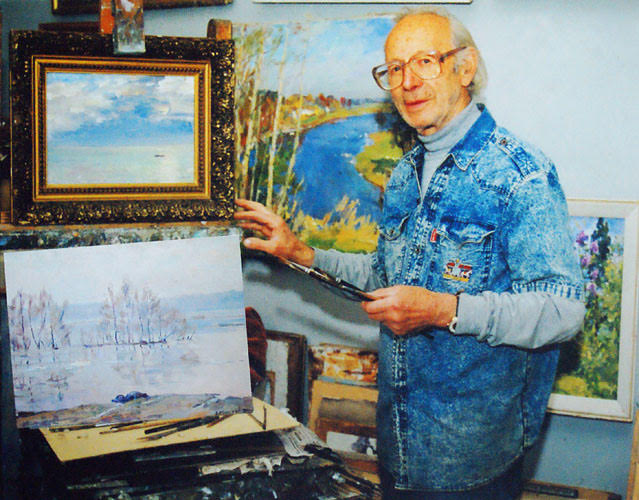 The illustration is one of the eye-catching works in a style that was for decades one of the hallmarks of members of the Kiev Union of Artists and generally more akin to impressionism than the1930s and 1940s rigid, idealised confines of the long-enforced Soviet Realism. A few of the old school members of the union and a healthy number of their family remain active in their studios.

The UK art dealer John Barkes has assembled a new collection of works for sale after his recent visits to Ukraine. After meeting artists and their families, he is enthusiastic about his discoveries of canvases produced up to 50 years ago by adherents of the union of artists. 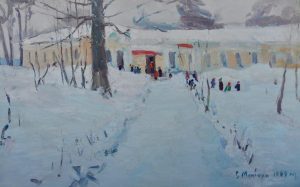 Sometimes there is a compromise between realistic portrayals of daily life and the glorifying of youth and labour admiring or constructing what was touted as a new society, but the mood is often descriptive and placid.

Running through the selection is an emotional response to nature and a love of the homeland. Evident among this self-assured group of men and women is a kindred spirit in treating genre scenes. As a whole, this is a master-class in deploying a sometimes-simple palette to achieve intimate snapshots of the outdoors.

One of the highlights of the latest visits by Dr Barkes was being shown by the artist Marina Lelchuk-Minskaya round her impressive studio, and being able to purchase paintings by her late father, Grigori Minski (1912-2011), who towards the end of his long life was declared an Honoured Artist of Ukraine by presidential decree. 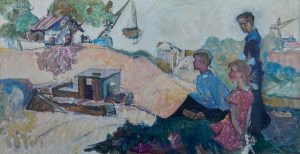 Alongside Minski’s Naval Cadet canvas, are the larger works Students on a painting trip, and Smolny Institute under snow, Leningrad, and larger still, from 1968, Heavy Snow, Serednie School. Serednie is a village in western Ukraine, and Minski’s masterly depiction of a group of small children stoically coping with winter weather shows them nonchalantly treading their way through a drift rather than using the main, icy path to the school.

Born in Odessa, Minski graduated from that city’s art institute in 1936, before moving to Kiev, to spend the rest of his career. His postgraduate studies at the State Art Institute were interrupted by conspicuous war service and were only completed in 1947. He worked in the studio of his principal teacher Prof Aleksei Shovkunenko before being elected to the Kiev Union of Artists in 1956. At the age of 86, he was honoured with a major retrospective at the National Museum of Ukraine. 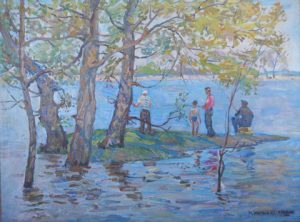 We see the promise of his daughter Marina in her early oil painting on board Building the new bridge. Her treatment of reflections in rippling water are seen in the later, glorious, watercolour, Fishing off rocks on the Black Sea.

Born in Kiev, Marina comes from an artistic family, as the daughter of Grigori and granddaughter of Odessa portrait painter Semyon Solomonovich Minski; she benefited from having among her early teachers the greatly admired Svetlana Bondarenko whose genre paintings reproduce the nature and life of Transcarpathia in the southwest of the country. Like her father, she was a successful postgraduate at the Kiev State Art Institute, where she received a distinction for her diploma work The Postman in 1971.

The versatile Marina turns her hand to genre scenes including village life, portraits, landscapes and still life.  She loves “deepest Ukraine” and there is a naïve quality to much of her work which belies her skill in capturing the hard work, and the joys, that summertime brings.

Similar qualities are evident in the output of Mikhail Borimchuk (1926-2013), who, says Dr Barkes left a prodigious studio of 1,500 paintings and sketches which he has spent long poring over during the last three years. “His strong individual sense of design and mastery of colour is evident throughout,” the UK specialist declares. 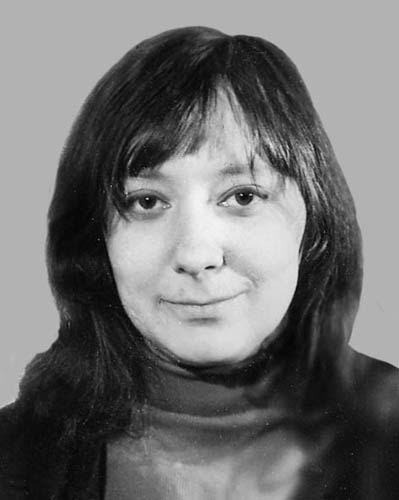 Borimchuk was born in Volynsky region, north-western Ukraine, and graduated from Kiev Art Institute in 1954. He was fond of landscapes and parks, and in one painting from the 1970s Autumn in Kiev, a scattering of leaves on the ground next to park benches tells the story. The near two benches are empty, but there are tiny, almost imperceptible, human figures by the third bench, in the far top left corner of the image. The chill of autumn is transforming the park once filled with strolling families. More expansive and from the previous decade is Valley Meadow, with splotchy brushwork representing areas of untamed vegetation.

Sergey Repka was another adept of country scenery such as Springtime in the Village in which the red headscarf of a young woman and her small bouquet of picked flowers heralds the new season. Repka painted that oil on canvas in the early 1970s. He admired nature’s self-selected profusion of plants, such as lilac and even dandelion, which are integral to the diversity of landscape he pictured.

Known as a “virtuoso of still life and landscape,” Sergey Nikanorovich Repka (1944-2016) came from the Kirovograd region and at the age of 21 graduated from the NS Samokisha Crimean Art College, going on to study at Kiev State Art Institute under the guidance of Professor MI Hmelko, and then from 1972 to 1974 at the creative workshops of the Academy of Arts of the USSR under the guidance of professors MG Deregus and SA Grigoriev. 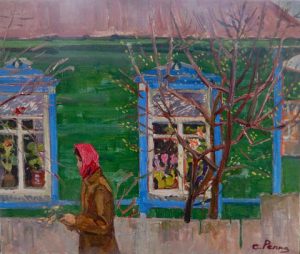 Springtime in the village. By Sergey Repka

In 2009, he was awarded the title of Honoured Artist of Ukraine, and the following year became a laureate of Kiev. His works are in gallery and private collections in Ukraine, Japan, Germany, France, Finland, Australia and the UK.

His widow Vera is too an accomplished academician. Born in the port town of Feodosia, she had a similar educational path to her husband, whom she married in 1964, and now lives in Kiev. Tending to more figurative subjects, she has branched into still life, landscape and portrait, and like her husband has a keen following overseas.

The couple’s son Bogdan Repka, a sculptor in Kiev, offered Dr Barkes material from his parents.; and his painter brother Aleksandr lives and works in Prague.

Other impressive artists represented in the latest collection of Dr Barkes include Viktor Puzyrkov (1918-1999), Viktor Iskam (1927-2010) and Vladimir Veselka (1923-1960s). Iskam produced notably a series of sympathetic portraits of his blacksmith father at work.

Dr Barkes was among more than 160 exhibitors at the Decorative Fair in Battersea Park, London, from January 22-27 2019, and is planning continuing forays at succeeding fairs of this type.

The BDI@ 852: the effect is shuttering