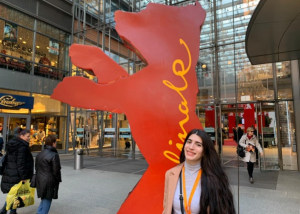 Colours. Lights. Red bears. Pretzels. Beers at Alexanderplatz. Packed cinema theatres. We are in Berlin for the annual German film festival, Berlinale. The 69th Berlin International Film Festival which takes place from 7 until 17 of February, is a ceremony for film insiders, critics, producers, distributors, sales agents, artists as well as cinephiles.

From 400 films, we counted four Greek representations that raise the bar for the entire film industry. In the Panorama section, the Greek film The Miracle of the Sargasso Sea directed by Syllas Tzoumerkas describes the life of an alcoholic and unhappy police chief of the Greek coastal town of Messolonghi. Syllas Tzoumerkas’s third film – he has previously directed Homeland (2010) and A Blast (2014) and was the screenwriter of award winner Suntan (2016) – depicts a small-town nightmare with religious allegories, shocking plot and brilliant performances. It is a bizarre but at the same time captivating film with clear references to the sea and its sense of freedom as well as to endangered marine life, including eels. The programmer of Panorama awards Michael Schutz  commented: ‘The Miracle of the Sargasso Sea is exactly what we are looking for in Berlinale. It is contemporary and challenging. It is a must see’. 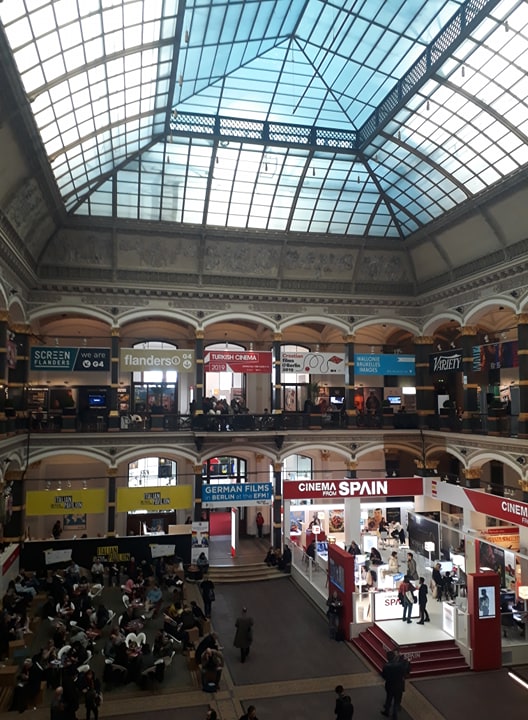 …a panoramic view from the stands

Another strong Greek flavour we found at the Culinary cinema section focused on films about cuisine and food. For this section, Marianna Economou presents her documentary When Tomatoes met Wagner. In a farming village of 33 inhabitants, with no shops, no school or even a priest, there is a farmer named Alexandros who has decided to turn over his land to the organic cultivation of tomatoes, with the help of Wagner’s music! Soon, the little jars are finding their way to ship themselves to the shelves of organic shops across the world. A tasteful, dynamic, touching and pure film, food for thought for Greek agriculture and its struggles during economic crisis. 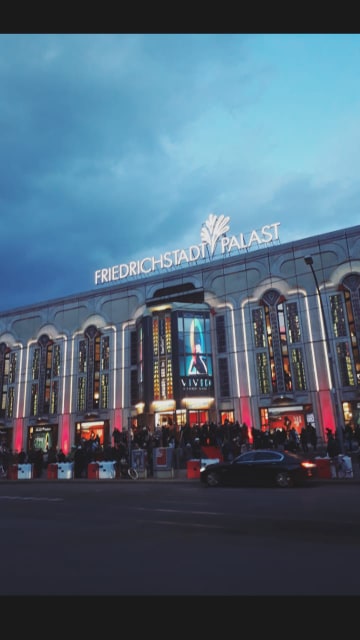 Constantine Giannaris with his 1987 short film Jean Genet is Dead, shows that more than 30 years after the first screening of the film, Greek artistic innovation is still alive. The Greek director, greatly affected by the AIDS epidemic, addresses the desire for love as well as the threat of isolation and death in a restless cinematographic delirium. Last but not least, the Turkish film by Emin Alper, A tale of Three Sisters, about three young girls taken from a poor village in central Anatolia and given to affluent foster families, has a Greek co-producer, Horsefly Productions.

These are the four Greek manifestations at Berlinale 2019. A prestigious film festival with a powerful Greek presence. A story about the nightmares and the miracles of the sea, the journey of tomatoes to shops all around the world. A place shipping films, cultures, languages, awards but above all, values. 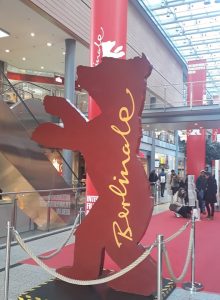 How about the awards? With French actress and Academy award winner Juliette Binoche serving as jury president, the international jury will decide who will receive the much desired Golden Bear and Silver Bears of the 2019 Berlinale Competition. The winners of the Golden Bear and the Silver Bears will be announced on Saturday, February 16, beginning at 7:00 pm in the Berlinale Palast.