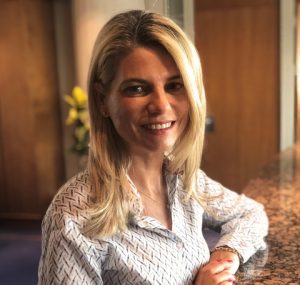 “Shipping takes me everywhere in the world. Art helps me understand the world,” says Irene Panagopoulos, alluding to the indissoluble link between these great achievements of humanity.

Ms Panagopoulos is president of Magna Marine Inc, a private commercial shipping company founded by her late father, Pericles S Panagopoulos, one of Greece’s most successful shipowners. She and her family with many others in the maritime sphere in his home country and internationally are mourning his passing on February 5, 2019, aged 83.

Athens-born Mr Panagopoulos studied business and economics in Greece, Switzerland and England. In 1971, after several years of working in passenger shipping, he founded Royal Cruise Line and acquired luxury ships including the Golden Odyssey, the Royal Odyssey and the Crown Odyssey. At the end of 1989, he sold the business to Norwegian interests. He was honoured in his lifetime with prestigious industry awards. 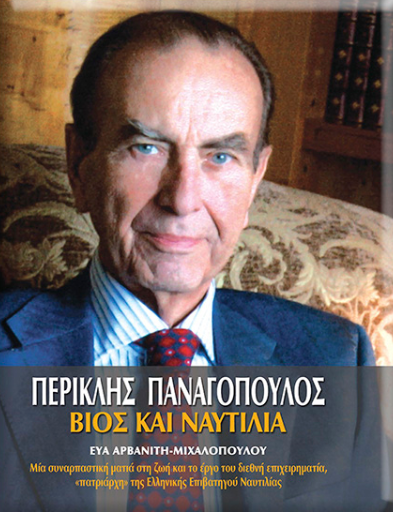 His daughter Irene is strongly advancing her interests in both shipping and the arts. Among her commitments, she sits on the commissioning council of Whitechapel Gallery which has an input into exhibitions such as the London institution’s latest, entitled Is This tomorrow? That exhibition is reviewed elsewhere on this site.

In an interview with www.allaboutshipping.co.uk Ms Panagopoulos reflected on her passion for the subject areas to which she applies her expertise and on their connections: “For me personally, shipping and art signify a combination of work and hobby accordingly,” she said.

“I have been involved in art as a collector and patron, supporting young artists and organisations. Whitechapel is a historical London landmark with a long tradition of pioneering shows. I’m proud to be supporting such a forward-thinking institution.  I am also involved with the Tate as a member of its International Council and I am a trustee of Dia Art Foundation (New York).”

She is gratified that one of the most famous private art collections in the world is that of the late Greek shipping magnate Stavros Niarchos, and which now belongs to the Stavros Niarchos Foundation. The foundation has made many grants to non-profit organisations, but “the collection hasn’t been seen since many years.” Ms Panagopoulos adds: “In Greece some of the best-known collections belong to shipping executives, the George Economou Collection being one of them.”

Ms Panagopoulos studied art at Mills College, Oakland, California, after which she began her career in shipping next to her father at Royal Cruise Line, his first business of cruise ships.

“With my father’s recent death and while mourning for my great loss, I turned to art. I noticed in many works of art that birds tend to appear often as symbols of death, either as proponents of hope or for despair. 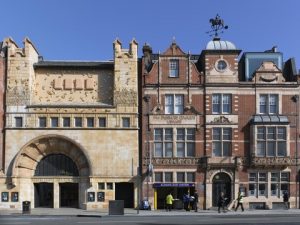 “Artists like Kiki Smith, Susan Hiller and Mithu Sen, all have dealt with issues of death and memory and other metaphysical quests in their work. Coincidentally birds are commonly used as metaphors of psyche by all three women.

“Smith specifically has said that ‘birds are stand-ins for souls.’ Her many dead crows symbolise dead spirits. Sen, a female artist from India, has depicted humans morphing into birds as a transitional process of souls vanishing.

“Hiller, on the other hand, was known for her infatuation with the paranormal, her search for wandering spirits showing up in dreams or as ghosts. Her series with holy waters she collected from miracle fountains around the world were empowering her spirit worlds, the study of which she called ‘para-conceptualism.’

“These great women artists unknowingly give me comfort during my grief with their visions and console me with their unspoken wisdom. “

(Kiki Smith is an American artist, as was Susan Hiller who died in January 2019.  Mithu Sen is a multi-media conceptual artist based in New Delhi.)

Reflecting her innate optimism, Irene Panagopoulos adds: “The power of shipping to connect and the love of art are making our world a better place.”

Mrs. Panagopoulos, daughter of a shipping magnate who rose to fame because of his kidnapping in 2009 in Greece and his return from his captors for the world-breaking ransom of $45 million dollars, is also well-known for amassing an art collection of mostly Greek artists worth approximately $55 million.

We do hope to see her art collection exhibited in Greece in the not too distant future.