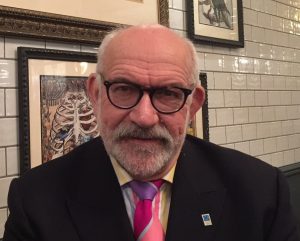 With 22 points down the Capes’ BCI now stands at 500 points and if this threshold is broken, then everything  can happen; we are optimistic though as other means – countries / loading terminals  for iron ore will soon be able to improve the Capes’ sector. Brazil will slowly slowly come up too… but… SAFETY FIRST!!!!

The Supras with a single digit plus; nine points improved its position and the BSI now stands at 738 points!

The Handies’ BHSI was up too at 382; ten points plus, excellent!

The Wets losing ground with the BDTI (Dirties) and the BCTI (Cleans) reading 799 – minus two and 583 minus five points respectively.

On the Ships Sale and Purchase front the following interesting report comes from VesselsValue:

The en bloc transaction of three AHTSs and three PSVs to China Sunrise Group for USD 19.3 million marks the end of a 12 month sell off of Toisa offshore assets. 21 assets were sold during the 12 month period, totalling almost USD 220 million in one of the largest court auctions of any offshore owner in recent history.

VesselsValue prices the market value of the assets today at USD 276 million, however it is important to note that many vessels were sold in layup condition out of class and in need of reactivation, as well as other conditions that can be seen in the table above. VesselsValue is the only company to provide automated valuations for both OSVs and OCVs.

Robert Day, Head of offshore at VesselsValue notes that only two further assets remain available from Toisa’s previous portfolio, however these are now in the hands of the shipyard to sell. They were ordered in April 2015 for USD 52 million and have offers on the table ranging from USD 42-44 million (VV 44.4).

Geopolitics remain as crucial as ever  with India and Pakistan on an escalation modus. We hope logic prevails as you never ever know what can happen with two nuclear states… CAUTION.

The MIGRANTS remain still the top issue all over Planet Ocean and NOT just on both sides of the Atlantic!

The faulty line from Gib to Afghanistan and from the Caucuses to the Horn of Africa remains in a mess. The Balkans and the East Med/ Black Sea / Middle East saga remains unchanged. Somebody tries to create a mess  and we still await the BBC  to upload the Greek Ambassador’s letter in reply to its article on “Greece’s invisible minority – the Macedonias Slavs”…

BREXIT advances further with temporising being the message of the day; but until when? Brace for a big surprise!

In the USA now: How come Cohen has the guts to say all these lies against president Donald Trump..?

Still no deal between the USA and China… The Trade War goes on!!!

In South America we are heading for a major crisis in Venezuela; CAUTION!

That’s all for tonight and wish you have a nice evening but continue to remain on guard from actions emanating by Pirates, Terrorists, Criminals and Business Hooligans whatsoever wherever you are on Planet Ocean.